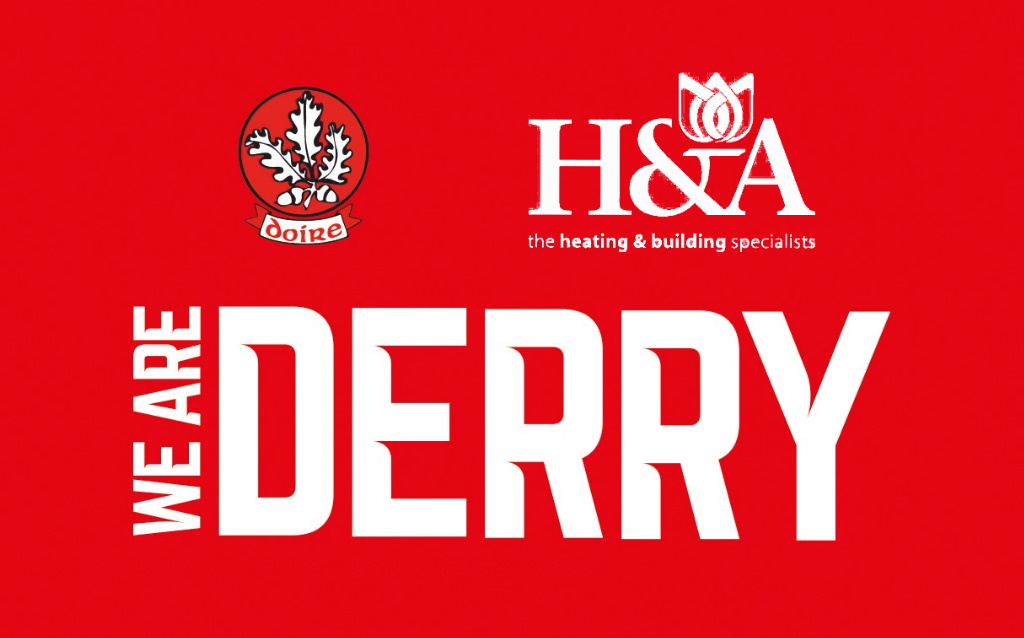 Like most of us I’ve spent a fierce amount of time staring at screens this past two months. Zoom quizzes with family, anxiety scrolls through social feeds for the latest Covid-19 development, and instant messages from friends have replaced the face to face social interactions we no longer take for granted.

So, I already had my phone in my hand when the notification arrived that I’d been added to a WhatsApp group called VintageDerry.

My assumption was that this was a self-deprecatory reference from an admin adding me to a collection of grumpy middle-aged Derry folk. I’m already a member of several similar virtual cabals.

But when I looked at the first message it was from Derry PRO Ciaran McRory. Ciaran was asking if I was interested in participating in a project to produce digital content where Derry players recalled a favourite memory of their days the red and white jersey. In a grim time, something to remind people of better days.

Even though I’ve been in London for six years I’ve always tried to retain my links with Derry GAA, most obviously in a series of meandering articles for match programmes. My successors as county PRO have been generous in their indulgence. Not many National League programmes would facilitate a 1200-word epic on the death of a border collie.

Absence making the heart grow fonder has never been more apposite than when describing my grá for my county and my club. Helping out the Derry comms team is a treasured connection to home. So, when Ciaran’s missive arrived on a Friday evening, and I was already a couple of Jack Daniels less the wiser, I instantly messaged back to say I was on board for what would become WeAreDerry.

There’s a dedicated team of volunteers who look after Derry GAA’s comms output. WeAreDerry has been led by Ciaran. Niall McGlinchey creates the branding and design elements that make the output look so sharp. Ben McGuckin Derry’s performance analyst provides technical know-how. Dermot McPeake is the backroom fixer who seems to know every Gael from Loughs Neagh to Foyle. Paul McIntyre and myself provide some Limavady sagacity.

The first big creative decision came from Ciaran who, rightly recognising the original VintageDerry moniker had the ring of a second-hand clothes shop on Shipquay Street, renamed the project WeAreDerry.

There have been limitations to what we can do in terms of the moments we can highlight. We are guided in part by what archive footage we can dig out. We also made a deliberate call that we wouldn’t be focusing on 1993. Our All-Ireland year has already been covered by the ‘Men who won Maguire’ jubilee project in 2018. This meant we couldn’t just roll out the greatest hits. But that structure has allowed us to remind people that there’s a lot more to the history of our county teams than one glorious summer in the early 90s.

For an unashamed history nerd and Oak Leaf GAA fanatic, helping pull the videos together has been a labour of love. Truth be told I’ve probably had the most enjoyable task in the group – contacting players and getting them on board to tell us a story about a game that stands out from their career.

From lockdown in a fourth floor flat in North London, it’s been like getting into a time machine that only travels to a selection of moments where life is felt intensely and joyfully.

Twenty minutes on the phone to Tony Scullion on a Sunday afternoon lifted my Covid19 confined spirits like Andy Dufresne playing Mozart’s Duettino-Sull’aria over the PA system in the yard of Shawshank Penitentiary.

I’ve spent half an hour talking with Damian Cassidy about possibly my favourite ever Derry goal, the late winner at Healy Park in 1991. There’s a full ESPN 30 for 30 in Adrian McGuckin’s reminiscences about the 1965 minor side. Eamonn Burns speaking about having Matt Bradley’s memorial card with him at Croke Park in 1993 was particularly affecting.

The public health crisis we’re all navigating has struck home the contradictions of time more than anything I’ve ever experienced. While the days drag slow the year is slipping away fast. A spring of family, of seeing friends and yarning with clubmates hasn’t happened. A summer of watching football, hurling and camogie is already written off. Day to day we miss the incidental interactions that usually lift our heads out of the daily grind; the conversations about last night’s game on the TV, what the plans are for the weekend, the ‘how do you think we’ll go this summer?’

In this context, online conversations with Anthony Tohill, Paul McFlynn, Paddy Bradley, Liam Hinphey, Gerard O’Kane, Declan Bateson and Eoin Bradley have all been like a balm for my soul. The unfailing willingness of these individuals to be generous with their time has been affirming of my sense of the GAA as community.

In the current circumstances the opportunity to immerse in glories of the past is irresistible. But, nostalgia is only part of the reason that helping to tell these stories has lifted my mood so much. Reverie in afternoons spent in the Hogan Stand, on the hill at Clones or the old grass banking at Casement reminds us that such days will come again.

Right now, we’re all at home hunkering down, seeing this out.

But somewhere in our futures; we’re having a beer in the Creighton Hotel, we’re in a car leaving Clones heading Aughnacloy direction, or we’re sitting in a living room somewhere round the world and we’re delivering a searing analysis of the point, block or catch that’s sealed our next Anglo-Celt Cup.

Somewhere right now the player who made that intervention is working on their skills or fitness. Hopefully it’s one of the current squad, a Brendan Rodgers or a Ben McCarron, but maybe it’s one of the Downey cubs from Lavey, or maybe it’s a 14-year-old who’s gutted at missing out on his Feile year.

But have no doubt, he’s out there, and, like you, he is Derry. Like the players who’ve contributed to our project, he is Derry. Together we are Derry.

This oppressive moment in time will pass. When it does, we will be Derry.