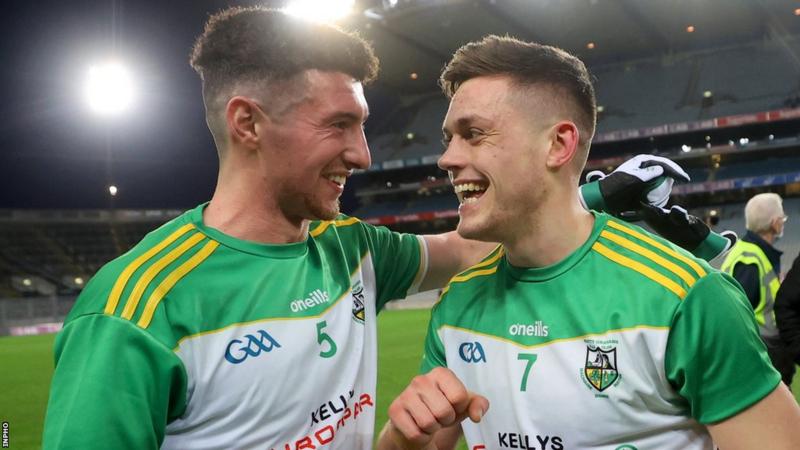 Glen have reached a historic first All Ireland SFC Club Final following victory over Moycullen of Galway in Sunday’s semi-final at Croke Park.

Promise has been attached to the Glen story, but this was a proud and memorable afternoon at GAA headquarters for the progressive Derry outfit.

Ultimately in a tight and tense match Tiarnán Flanagan’s goal immediately after half-time proved to be the decisive score.

Maigh Cuilinn battled until the bitter end, but just couldn’t do enough to deny a determined Glen, who are enjoying a productive stint under the shrewd guidance of Malachy O’Rourke.

Inevitably Glen were well set up for this encounter, making another swift start quickly seizing the initiative.

In the first 10 minutes Glen struck 0-4 from six shots, while Maigh Cuilinn didn’t have a scoring attempt during that spell.

It was an early and critical statement from Glen. Maigh Cuilinn eventually scored in the 18th minute courtesy of a free from Dessie Conneely.

By the 23rd minute Peter Cooke had clipped a sweet effort from play reducing the gap to the minimum, but Glen finished the opening period strongly.

Ethan Doherty, enthusiastic and industrious, and Emmet Bradley, relevant throughout, landed points as Glen departed 0-6 to 0-4 ahead at the break.

Then in the third quarter Flanagan pounced to net a goal which injected Glen with confidence and momentum.

With seven minutes left Conneely converted a free as Maigh Cuilinn narrowed the deficit to 1-9 to 0-10.

When Glen needed inspiration in the closing stages Michael Warnock and Cathal Mulholland both ventured forward from deep to supply crucial points with the issue delicately poised.

Late on Maigh Cuilinn needed a goal to survive, but Glen were sufficiently crafty to close out the deal.