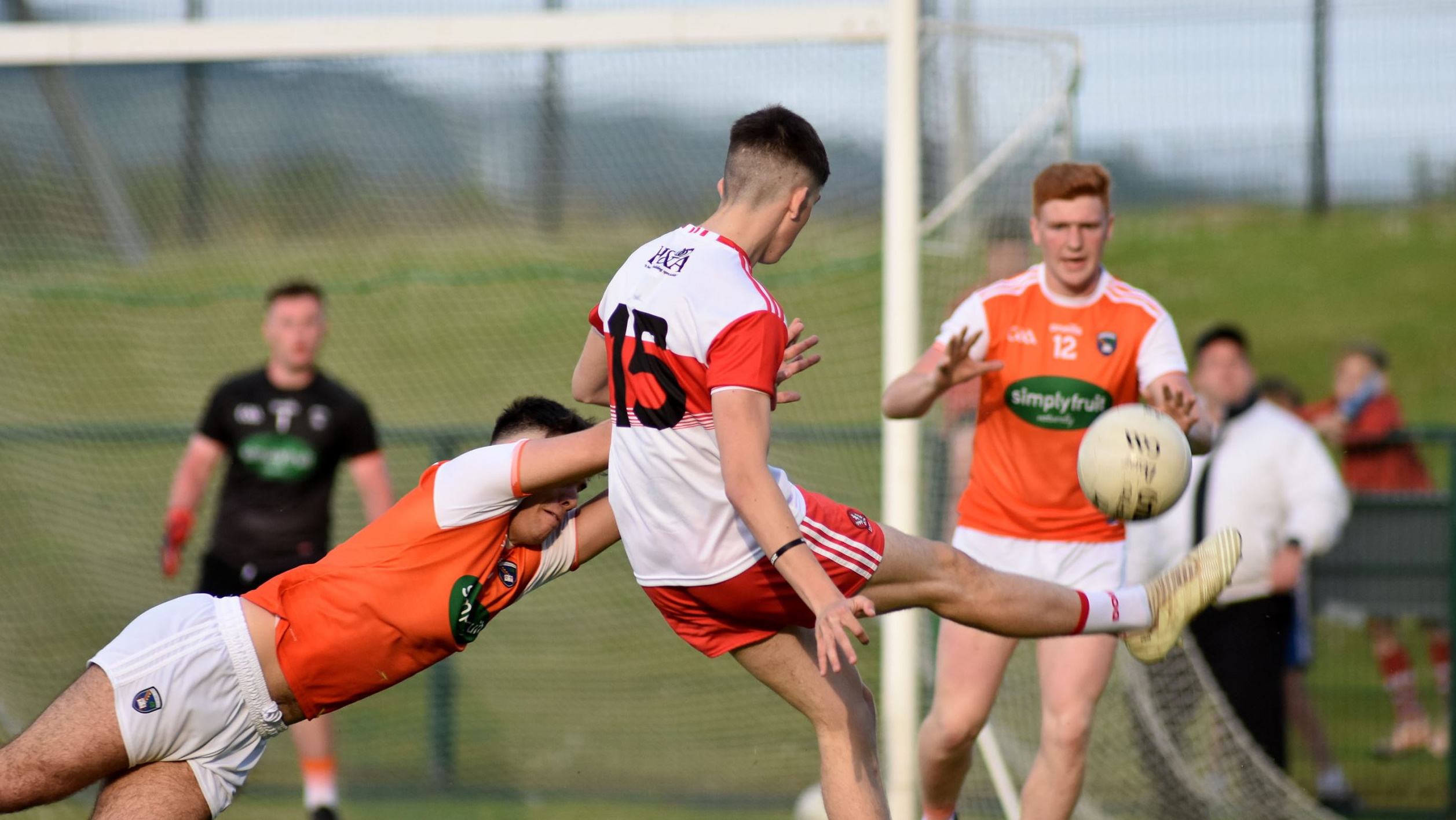 Derry’s minor footballers will play Armagh, while the Under 20s will face Monaghan in their respective 2021 Ulster Championships.

Derry will be at home for the 2021 Ulster MFC quarter-final against the Orchard county which is a repeat of last year’s fixture, won by the Oak Leafers last December. The 2021 fixture is due to take place on Wednesday July 28th, barely three weeks after the conclusion of the 2020 Ulster MFC.

Marty Boyle’s 2020 minor squad will face Tyrone in the semi-final of the 2020 Ulster MFC, to be played at the Athletic Grounds on Saturday June 26th (1pm). The Final is fixed for the following Friday.

Meanwhile in the Under 20 Championship, Paddy Bradley will open his tenure as Derry boss with a home tie against Monaghan in the quarter-final.

That game will be played on Friday July 9th, with the winners facing either Donegal/Armagh or Tyrone in the semi-final.