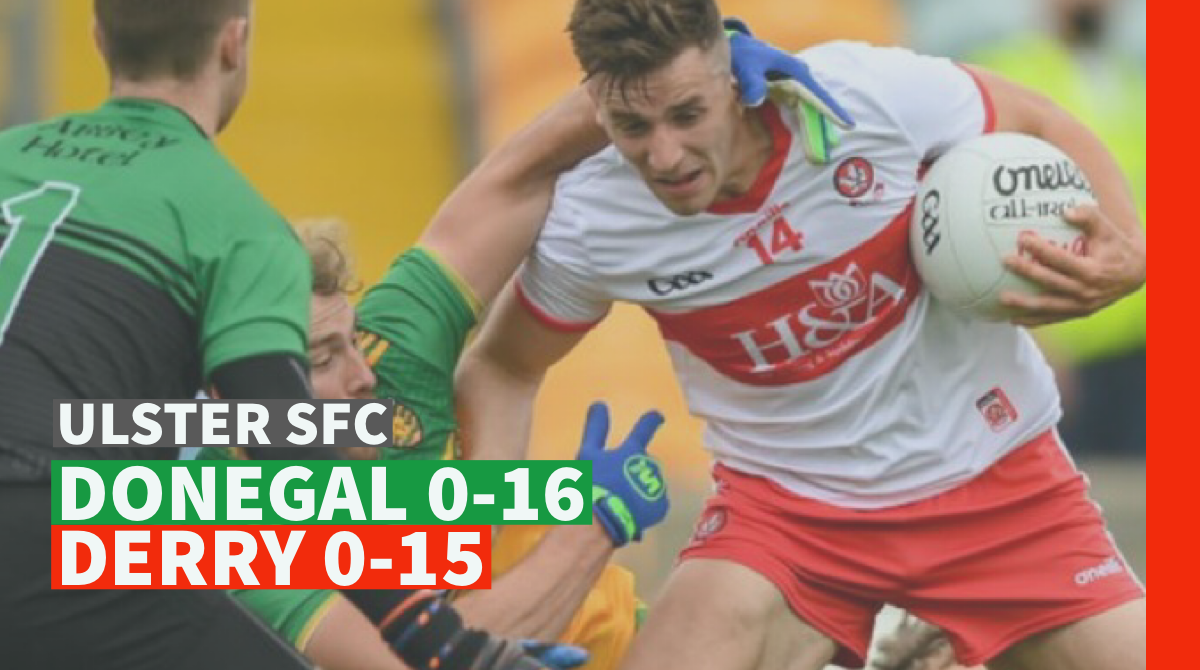 McBrearty struck with only 20 seconds of added time remaining, swinging over the point that decided the day.

Just moments earlier, he had put Donegal in front for the first time only for Shane McGuigan to rise the possibility of extra time with a superb free.

Derry, energised by a fine League campaign that saw the Oak Leaf win Division 3, were four up by the 22nd minute when Shane McGuigan tucked over a free form the edge of the ‘D’.

Heron and McGuigan got Derry off and running and Donegal, without Murphy orchestrating were a little out of sorts in the early passages.

It was the 12th minute before Jamie Brennan got them on the board and a collective worry that gasped when McGuigan put Derry 0-6 to 0-2 in front lifted with Niall O’Donnell drilling over at the other end.

A brace of Michael Langan points brought Donegal within a point by half-time, when they trailed 0-7 to 0-6.

Derry had a big goal chance in the fifth minute of the second half, Heron seeing his close-range effort come off the crossbar. Somehow, Donegal got the ball to safety just as Derry were about to celebrate.

Murphy and Odhrán Mac Niallais, who has also been hamstrung in recent weeks, entered the action and a converted Murphy free lifted home voices among the 500 patrons permitted into the venue.

Donegal rallied, but a Gareth McKinless point stemmed the flow as Derry remained in front, but a double off the boot of Niall O’Donnell brought Donegal level with ten minutes to play.

Even with their talisman, Donegal looked in trouble until McBrearty arched over his precious point.