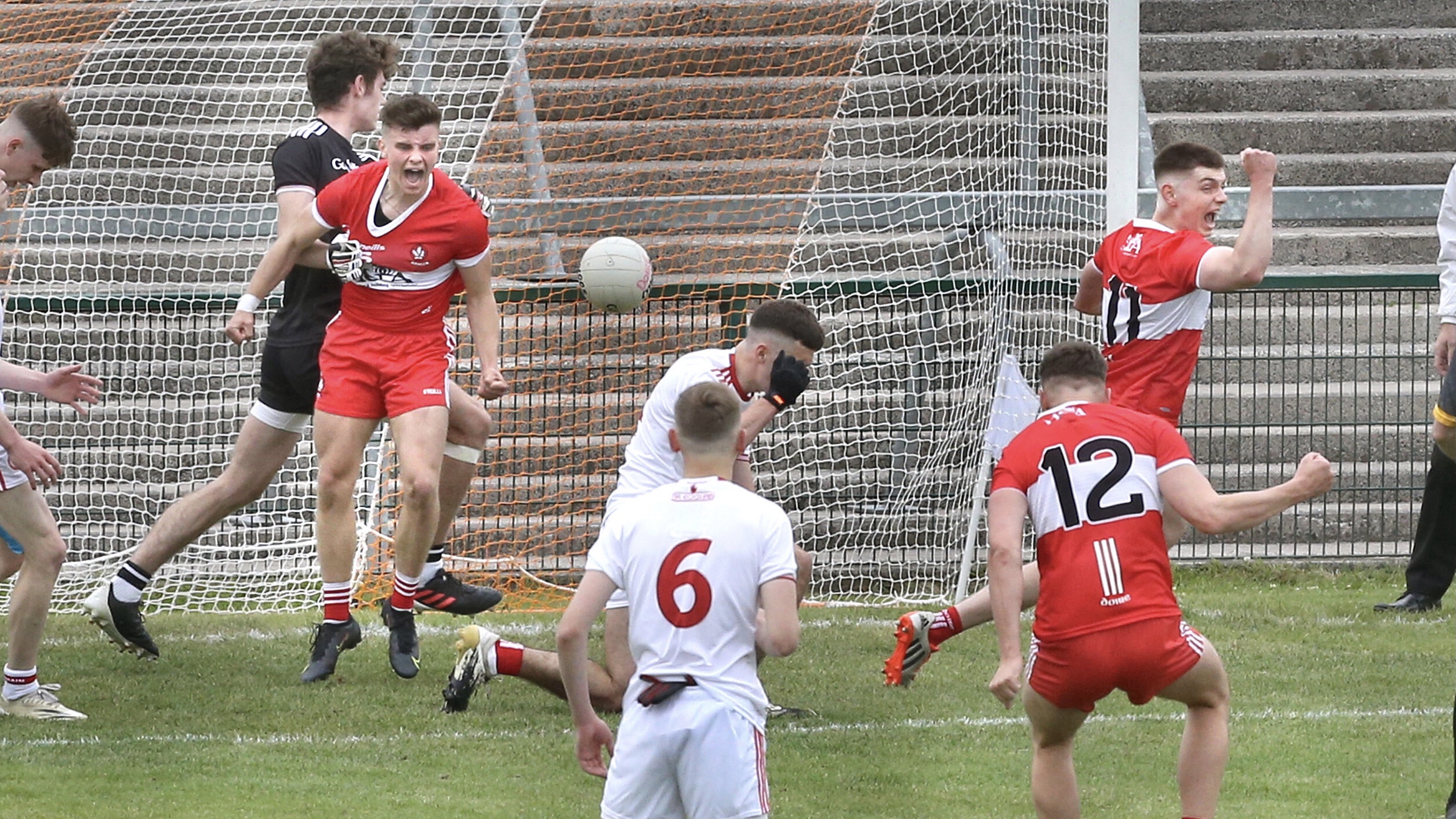 There was some fantastic scoring throughout this contest, up until an incredibly tense final quarter.

Matthew Downey slammed in a penalty for Derry to make it 3-9 to 2-11 to the Oak Leaf county after 40 minutes, but the scoring dried up from there, with just one point scored by each team for the remainder of the game.

In the opening period, goals from Downey and Niall O’Donnell helped Derry keep their noses in front, but Tyrone responded at the other end and a late goal from Conor McGillion gave the Red Hands a slender half-time lead (2-7 to 2-6).

The sides exchanged scores to open the second period, with captain Downey’s emphatic penalty goal proving to be the decisive score of the game as his side edged out a nervy finale.

The win ensures Derry will play in their fifth Ulster MFC Final in six years – where they will play Monaghan, who defeated Fermanagh in the other semi-final (3-10 to 2-10).

Derry manager Martin Boyle spoke to us after the game: