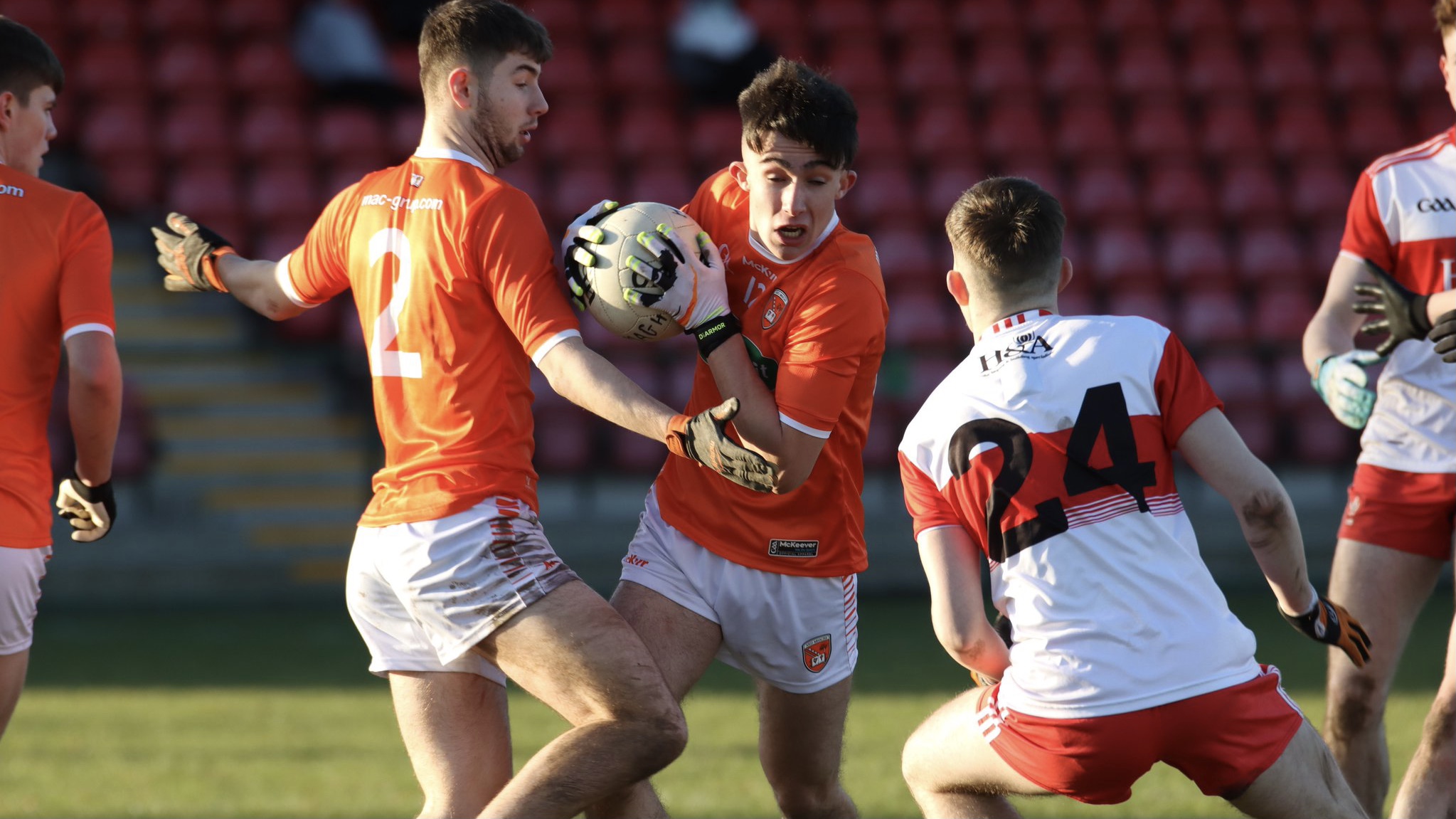 Coming just a few day’s before Christmas and less than 24 hours after the All Ireland SFC Final, this fixture was long in the making.

But it seemed to make little difference to captain Matthew Downey, who produced an inspirational display for the winners. He kicked five points in what was a ferocious battle at Owenbeg.

The Oak Leafers gained revenge for a two-point defeat to the same opposition in last year’s championship.

Armagh kicked three of the first four scores before the sides exchanged efforts before the water break. A Derry point by Lachlan Murray meant they trailed by 0-4 to 0-3 at half time.

Derry manager Marty Boyle spoke to DerryGAA.ie after the game…