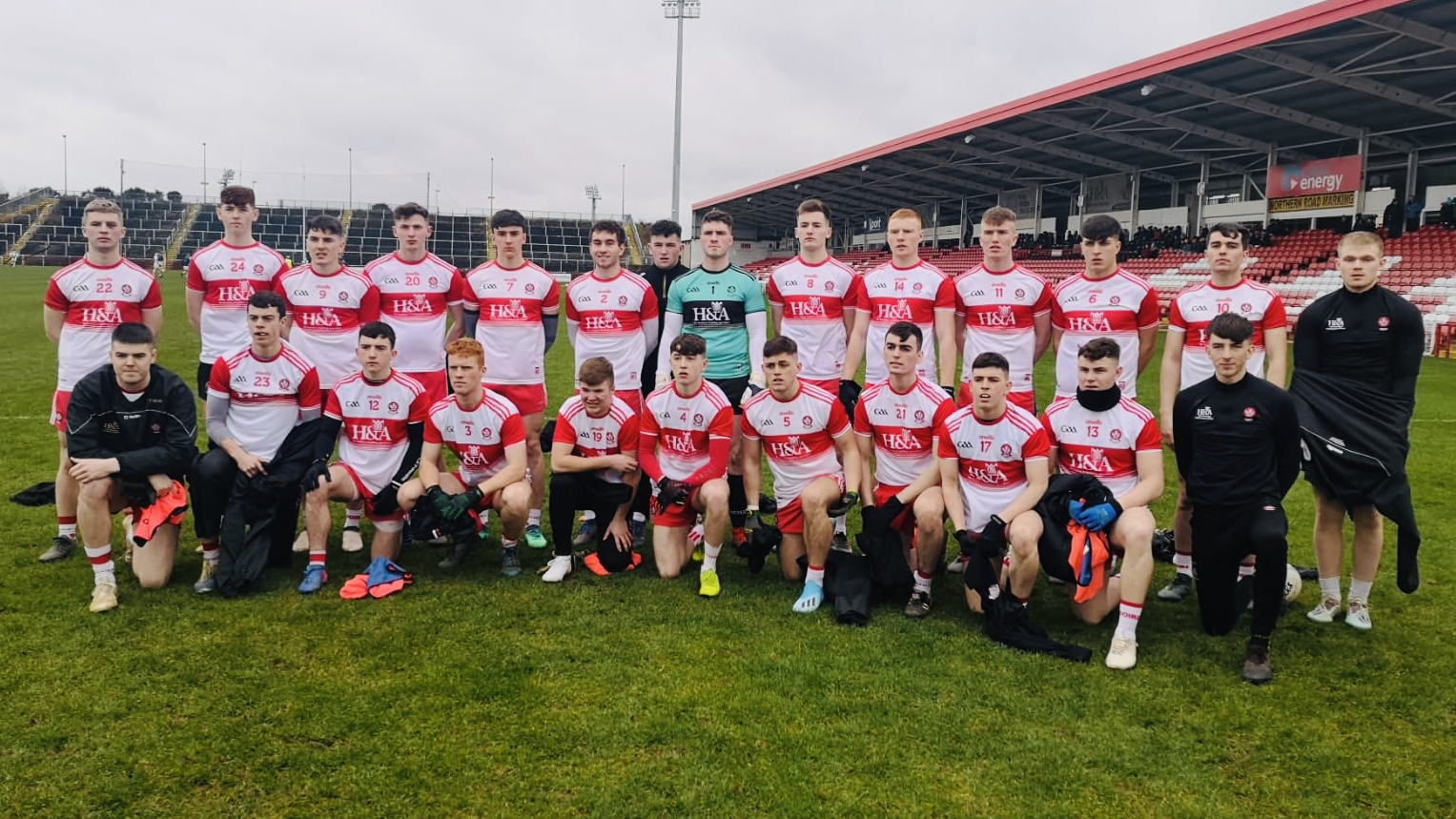 Derry Under 20s’ Ulster Championship is over following defeat to Antrim in blustery conditions at The Dub in Belfast on Friday night.

The Oakleafers made a great start when Conleth McShane finished to the net in the third minute, but Antrim soon responded with an Adam Loughran goal minutes later.

Derry though hit back by the tenth minute when Jude McAtamney finished to the net after McShane had his initial effort denied.

However Antrim took over control of proceedings for the rest of the half, with Cargin full forward Pat Shivers knocking over four points to put the Saffrons two points up at the break.

Derry were wasteful in the second half with the breeze at their backs, and a determined Antrim were able to maintain their lead to the end with Shivers continuing to lead from example in attack.