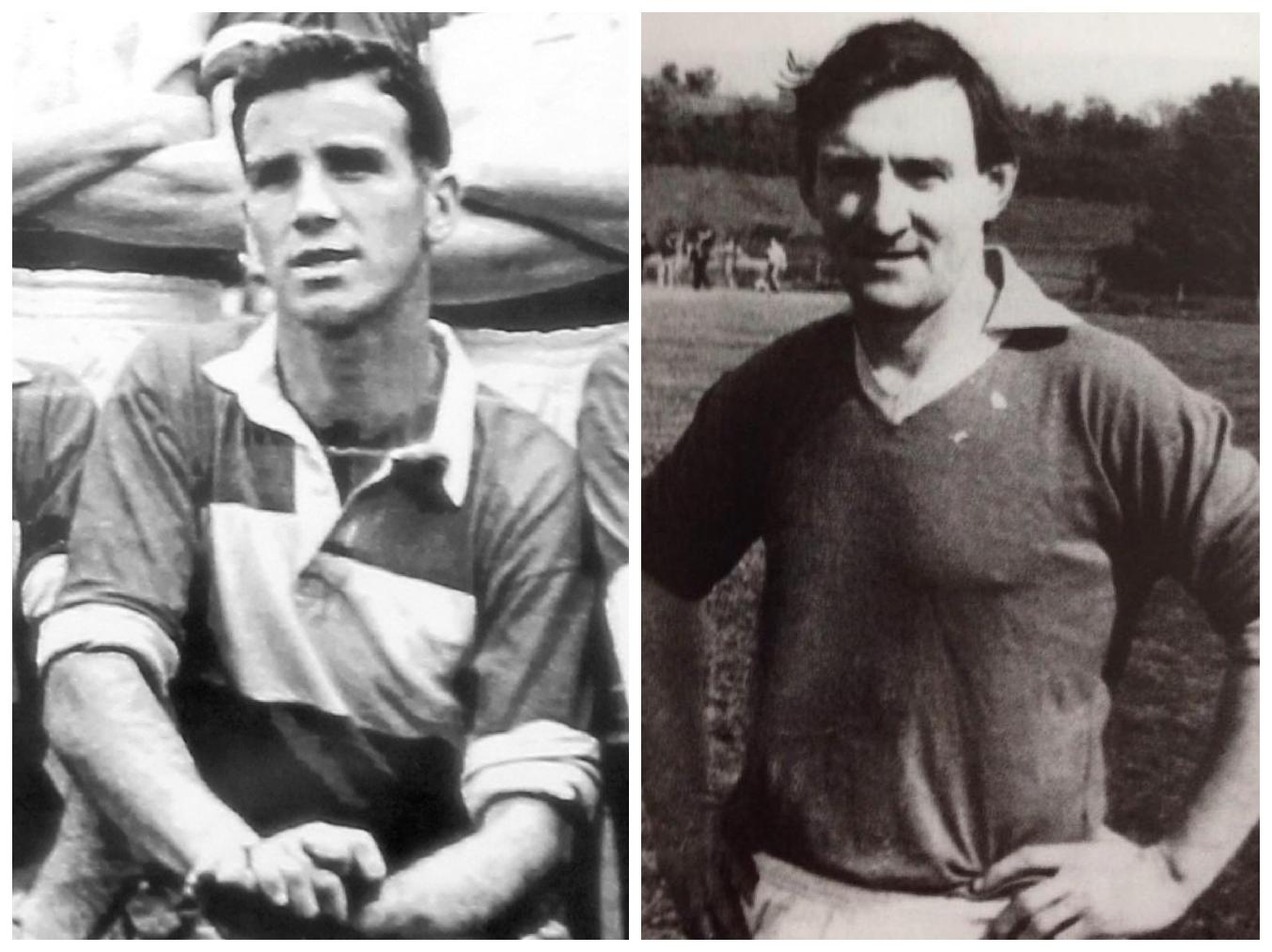 It was the occasion of the National League semi-final of 1959. Derry’s centre half back, Colm Mulholland, made his way across the Croke Park pitch, keenly eyeing up his opponent.

As he approached the legendary Leitrim man, Colm stretched out his hand towards the star who had once been selected to play Railway Cup at just 20 years-of-age.

“You are Packie McGarty,” he said. “I know you and it is an honour for me to mark you. You don’t know me. My name is Colm Mulholland, and by the end of this game, you will be sorry you ever heard my name.”

Colm Mulholland is a man who displays his trademark flamboyance both on and off the field.

Captain of the Lavey team that won the Derry senior championship in 1954, and where he is still an honorary club president, Mulholland pioneered a defensive clearance, which took the form of an overhead kick, when in a tight spot.

“He could kick the ball as far back over his head as most men could kick it facing frontways,” said one contemporary.

A Rolls-Royce centre back but not always, or just, a centre back. Captain of Derry minors in 1947, Mulholland played at midfield on the Derry Junior team that won the 1950 Ulster championship, before being deployed in forward positions for most of his senior intercounty career until 1958. The historic year of ’58, the same year that Packie McGarty was carried jubilantly from the pitch by his fellow Leitrim men following the Connacht final verses Galway.

The fact that Leitrim had lost the game makes the instinctive celebration of the county’s greatest ever player all the more remarkable. It marked the end of a sequence of games that saw Leitrim lose four Connacht finals in a row to a wonderous Galway team.

“My medals are easy kept” shrugged the Leitrim star during an Irish Independent interview in 2015. “I’m as well known for not winning medals as winning them,” he added, recalling the period.

Ulster final defeats against Cavan (1955) and Tyrone (1957) saw Colm Mulholland travel on a similar road to that famous 1959 meeting between the two men. A McKenna Cup medal (1954) and a Lagan Cup honour were finally put to one side when a Mulholland-inspired Derry collected the 1958 Anglo Celt Cup on their way to the county’s first All-Ireland senior final appearance.

Yet, it’s a defeat, that of the 1950 Junior final verses Mayo when Mulholland – at just 21 years of age – tasted his first bitter morsel of defeat. A disallowed goal, later shown to have been perfectly legitimate, cost a team in transition an early few steps up the ladder.

The feeling remains with Mulholland yet: “We were done out of that match and I’ll tell you, we were done out of a lot of matches by referees in those days. It nearly made me turn against the whole thing to be honest.”

The game of Gaelic football and the custodians of Derry folklore can be thankful that Colm Mulholland kept on going because he went all the way to Croke Park and even to Wembley Stadium, where he became the first Derry man to set foot on the famous turf during an exhibition game verses Galway in 1958.

For a player who could perform all the basics of the game to a high degree, it was perhaps his switch to centre back the same year which unlocked his true potential; an ability to read the game and anticipate an opponent’s next move. Honing these skills against players of the calibre of Packie McGarty stood Mulholland in good stead to face any challenge.

“My most difficult opponent was not a Kerry or Offaly player but a Derry man,” recalled three-time All-Ireland winner and Down great, Paddy Doherty. “Colm Mulholland had really the Indian sign on me,” he said, describing how the pair had enjoyed some titanic battles in a series of games in the late 50s and early 60s.

Colm Mulholland’s 13-year career in the red and white of Derry left a legacy which still remains and one which saw another Lavey centre back, Henry Downey, go one step further in an All-Ireland final 35 years after the team with a spine of Mulholland, McKeever, O’Connell and the Gribbens broke the mould.

It was the great Leitrim writer John McGahern who perhaps summed up what men like Colm Mulholland and Packie McGarty stand for when he wrote ‘The local and the individual were more powerful than any Irish identity.’

How true that is. The names McGarty and Mulholland have now passed through two generations and will no doubt breach a third. “It’s nice to look back but there’s also a sad tinge to it, in a way,” said Colm Mulholland recently, still vibrant and smiling.

“The man above is the boss,” said McGarty. “We had great matches, ran Galway close. It was my ambition to win with Leitrim but I didn’t achieve it. God gave me a good life and a good playing career. That’s it.”

Derry’s Colm Mulholland. Leitrim’s Packie McGarty. Two men who remind us that life is not all about the medals that you win, rather it’s about the stories that you leave behind.