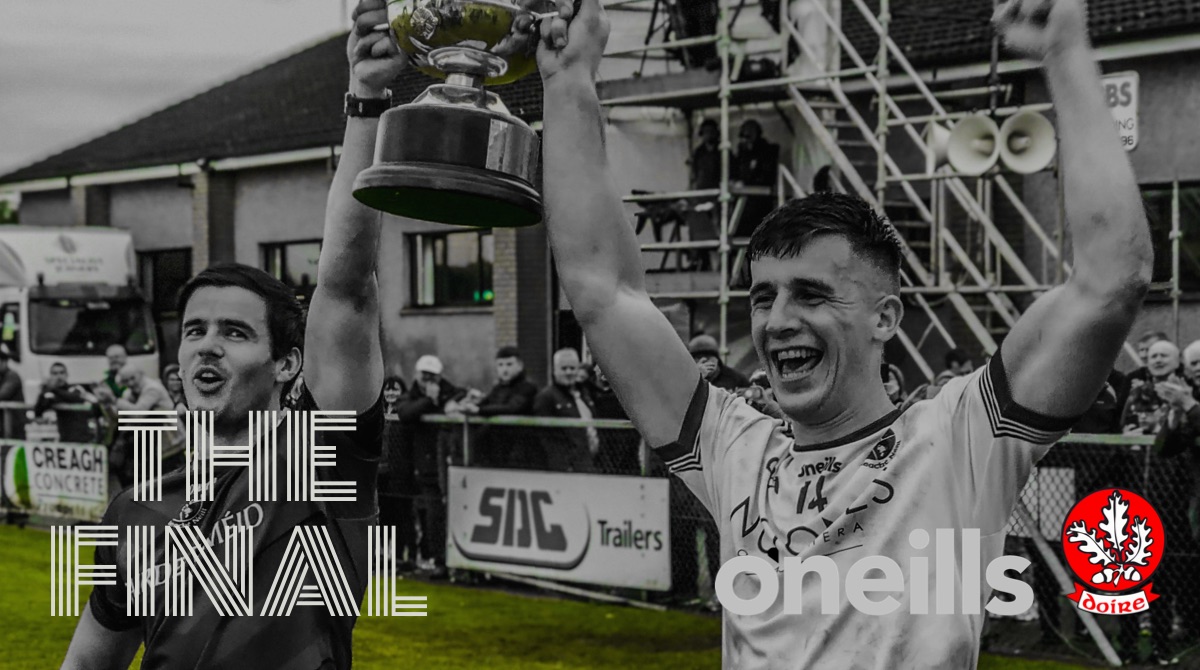 Slaughtneil lifted the John McLaughlin on Sunday at Bellaghy following a hard-fought four-point victory over reigning champions Magherafelt in the O’Neill’s SFC decider.

The experienced Emmets held their nerve throughout, patiently probing for the slightest chink in the Rossas armoury. They led 0-3 to 0-1 by the water break on 21 minutes. A Christopher Bradley free opened their account, which Conor McCluskey replied to for Magherafelt. A brace from Chrissy McKaigue, however, left the champions to play catch up for the remainder of the contest.

Conor Kearns and Conor McAllister swapped point to leave the scoreboard reading 0-4 to 0-2 at half-time.

The second half, with Magherafelt forced to abandon their defensive shell somewhat, was better fare. Slaughtneil exploited the extra space and stretched their lead to 0-7 to 0-2, with Shane McGuigan, Francis McEldowney and Brendan Rogers all on target.

But just as Paul Bradley’s side threatened to snuff out Magherafelt’s challenge, a thundering goal from Jared Monaghan dragged the Rossas back into contention in the 40th minute. A Shane Heavron free made it a two point game before points from McGuigan and Christopher Bradley once again held Magherafelt at arm’s length.

With the clock in the red, the Rossas needed goals. Conor Kearns and Antonne McElhone both saw late shots blocked before substitute Ronan Bradley fisted over to confirm Slaughtneil Derry champions.

Man of the Match Chrissy McKaigue scores a first-half point:

Jared Monaghan’s second-half goal brought Rossa back into the game: