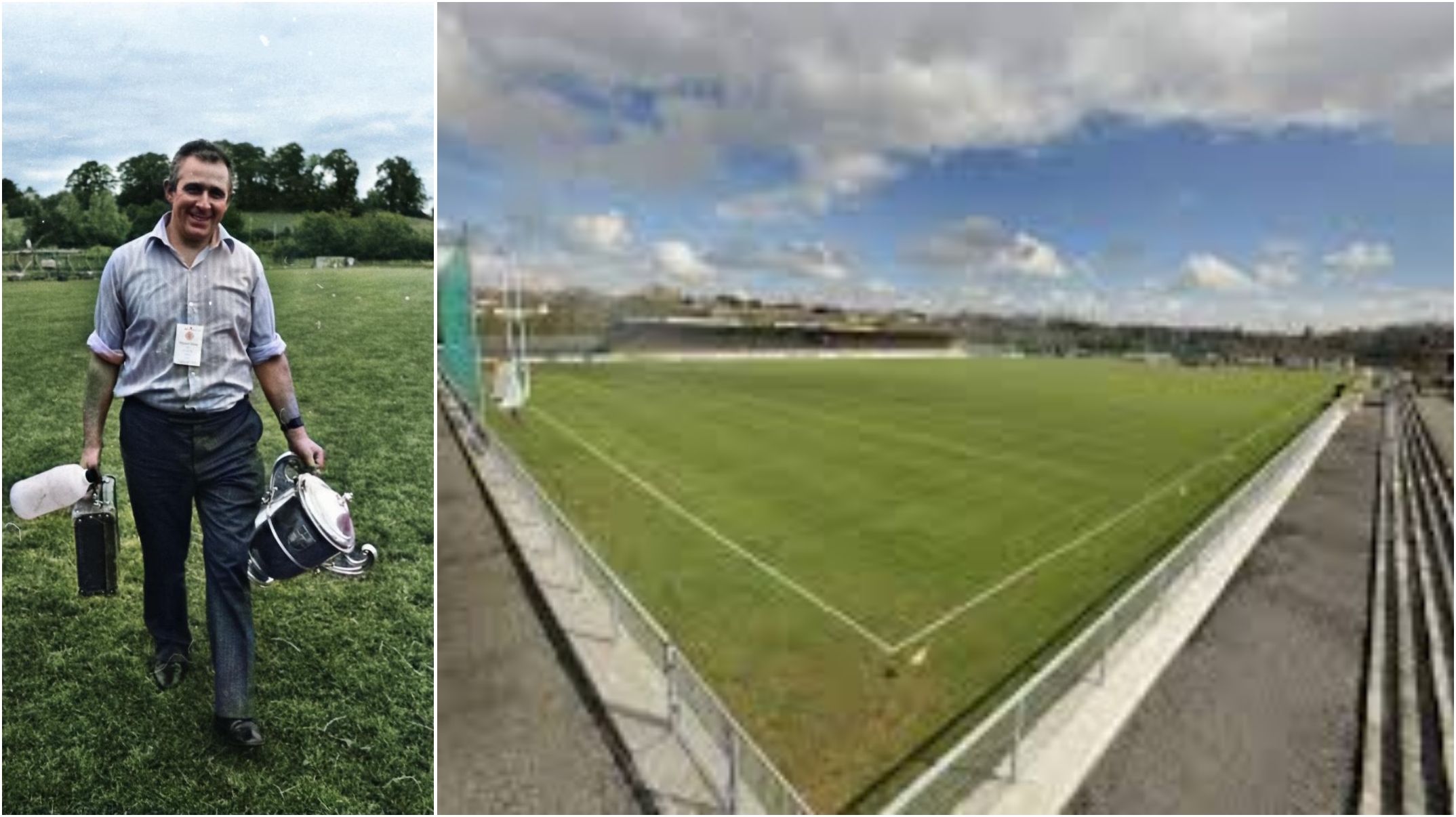 ONE of my first heroes, Jim McGuigan, died on Saturday.

The Derry county treasurer for 32 years, a selfless servant to Watty Graham’s Glen for more than half a century, and an officer with the Ulster Council, Jim’s devotion to the GAA had no bearing on why I considered him a man apart.

Jim captured my imagination because he was a fireman. Our house was situated directly opposite the fire station in Maghera. The front room provided a bird eye’s view of the race that took place between the firemen when the siren announced the latest emergency.

It was always a contest for second place as Charlie O’Neill, the blacksmith who worked beside the station, couldn’t be beaten. However, Jim’s car was nearly always the first to arrive. At that time Jim drove a Lada.

There are not many men who can win a race in a Lada, but Jim McGuigan wasn’t your average man.

He defies easy description. A qualified pilot, he also flew airplanes. And my estimation of Jim soared into the clouds on the day my mother took me across the road when he was cleaning the fire engine.

I was four years old. Jim gave me a yellow helmet and took me for a spin. We drove to the Moyola River where he filled the red engine’s water tanks.

Not long afterwards, he called to the front door and threw my mother a pair of shorts. Derry shorts, no less. They were for me.

It is only now, decades later, that I realise how fortunate I was to own such exclusive apparel. It is not an exaggeration to state that there were Derry senior players at that time who didn’t possess any county gear.

As kit-man, Jim guarded jerseys, shorts and socks the way a mother protects her flock. Meticulous in his book-keeping, a paragon of integrity, and completely selfless in his service to the GAA, it would, however, be inaccurate to depict Jim as a slave to the GAA’s rules and procedures.

He could be flexible.

Anyone who has driven down the Glenshane Pass and noticed Watty Graham Park on the left-hand side of the road can testify it is a fine GAA ground. Three pitches, a covered stand, and changing rooms with the best showers in Derry. When the club bought the land in 1970 for £3,000, they were stony broke. Funds had to be raised.

An idea was mooted to run dance nights. Country and western bands. Showbands. Any music that would draw a crowd.

But such entertainment contravened Rule 27, which outlawed bands without bodhráns.

To circumvent the rulebook, Jim McGuigan used the banner of one of his other interests, the Fair Hill Youth Club. The hugely successful nights were organised under the name of one club while the proceeds went to another.

Those aforementioned events could sometimes turn into raucous affairs and there were occasions when Jim had to display another one of his talents. Quick tempered and ferociously strong, Jim wouldn’t lose any sleep over an occasional contretemps. He was old school. He came from that era when it was deemed acceptable to settle a disagreement with a straight right. Frank Kearney, a former Derry manager and club-mate, fondly remembers his friend as “the best pound-for-pound puncher I have ever seen.”

Frank recalled an incident which captured Jim’s great power and even greater ambivalence to its consequences.

One of the features of those dances was that the club provided a kiosk which sold hamburgers. On the night in question Frank and Jim were on burger duty.

“We were working away when a fella stuck his head into the hatch and started tormenting us. He was saying Glen were useless. He kept at it. He wouldn’t stop.” But the tormentor did stop when Jim set down his cooking utensil, turned round, and brought silence to his workplace with one swift, decisive blow.

“That was it,” said Frank. It was a real stretcher job. But typical Jim, he just turned round and went back to flipping the burgers. “Jim’s ability to put manners on men must have severely tested his patience as a referee. It is to his great credit that he adopted a largely pacifist approach until the day a Magherafelt player shoved the ball into his face.

Major mistake. The Magherafelt man ended up on his back.

Jim would have found these incidents highly amusing. While this might be difficult to comprehend, he didn’t have a malicious bone in his body. He was extremely good-natured. After a life of unceasing duty to his local community, county and province, Jim McGuigan will be remembered for his virtues.

After the sad news broke on Saturday evening a steady procession of cars made their way to 1 Crawsfordsburn Drive, Maghera. Jim’s sprawling network of close friends ranged from former GAA presidents to the agitator he disciplined at the burger stall. Multitudes made their way to the home of an extraordinary volunteer, a fine man — a GAA hero.

My first impression of Jim McGuigan was spot on.