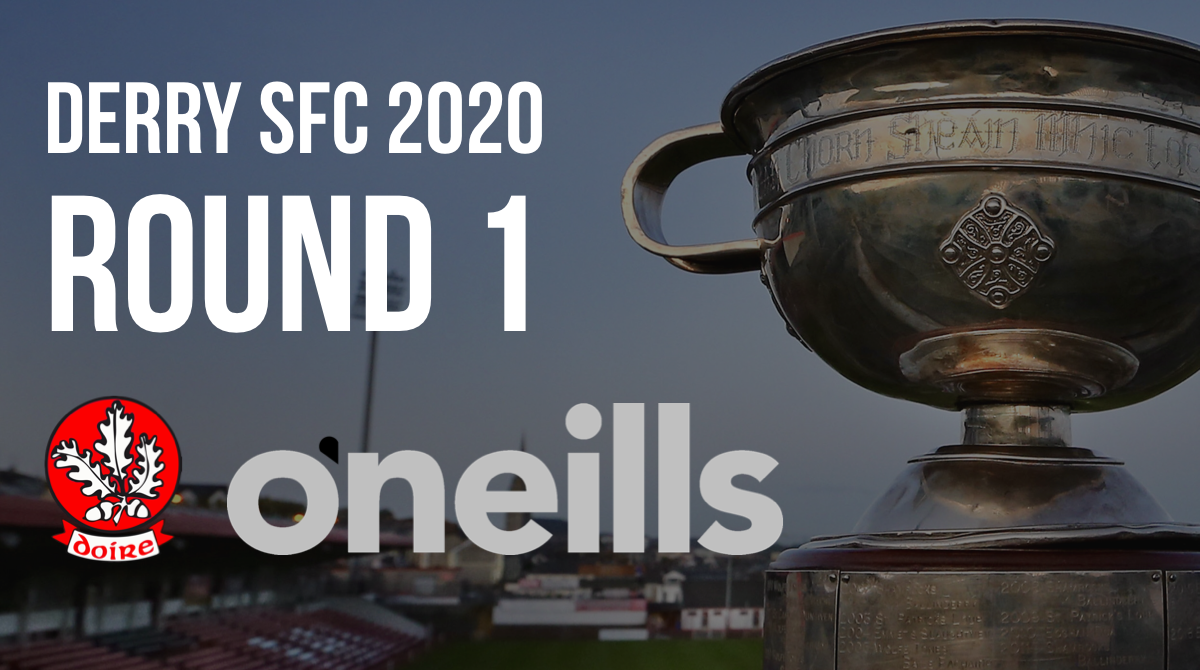 A lively opening weekend in 2020 O’Neill’s Derry SFC saw all four group stages get underway and reigning champions Magherafelt begin the defence of their title with a comfortable win over Ballinderry.

A second-half goal from Peter Quinn helped the Rossas to a 1-11 to 0-6 win at Rossa Park.

Later on Sunday, the weekend condluded with a facile win for Newbridge against Foreglen. Killian Conan’s side comfortably running out 3-19 to 0-8 victors at Watty Graham Park.

On Saturday evening, Loup and Bellaghy played out a 1-12 to 1-12 draw at Rossa Park. The game was broadcast live on the DerryGAA.ie #WeAreDerry platform and despite the difficult underfoot conditions it was a highly entertaining contest.

Earlier on Saturday, Swatragh held off a Dungiven fightback to win their opener at home (2-15 to 1-14).

Ballinascreen played host to Claudy and ran out six point winners (1-11 to 1-5).