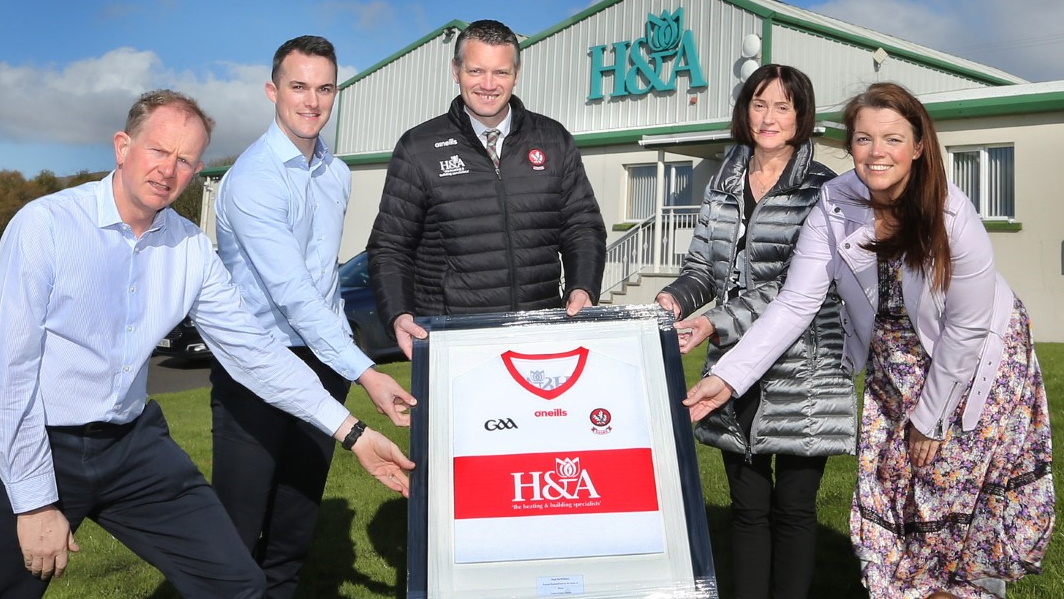 Derry GAA have unveiled their new O’Neills kit for the 2021 season.

The new jersey includes the name of every Derry GAA club, alongside the initials ‘HMCW’, a poignant tribute one of the county’s greatest supporters, Hugh McWilliams of H&A Mechanical, who tragically died last year.

“It is a modern take on one of Derry’s most popular and traditional jerseys. We are delighted with how it has turned out and hopefully the supporters will enjoy backing the county in the new shirts.

“We wanted to return to the traditional design of the Derry shirt, something which gives people a sense of history and of the Derry teams of the past.

“One of my favourite aspects of the new design was including the name of every club in the county on the shirt. That’s important to us because this jersey represents every club and every Gael in the county, it is not about one team or one group.

“The county team belongs to every one of us. To see the name of every club on a player representing the county gives that sense of ownership.

“We also thought it fitting to pay tribute to Hugh. He was one of Derry GAA’s biggest supporters, with no task ever too small for Hugh to help with and while the H&A logo remains as recognisable as ever on the front, it’s nice to see that personal touch of Hugh’s initials appearing alongside the clubs.

“Let’s hope our various teams can enjoy plenty of success in the new jersey.”

The new jersey is now available to purchase from O’Neills. Check out their online store here