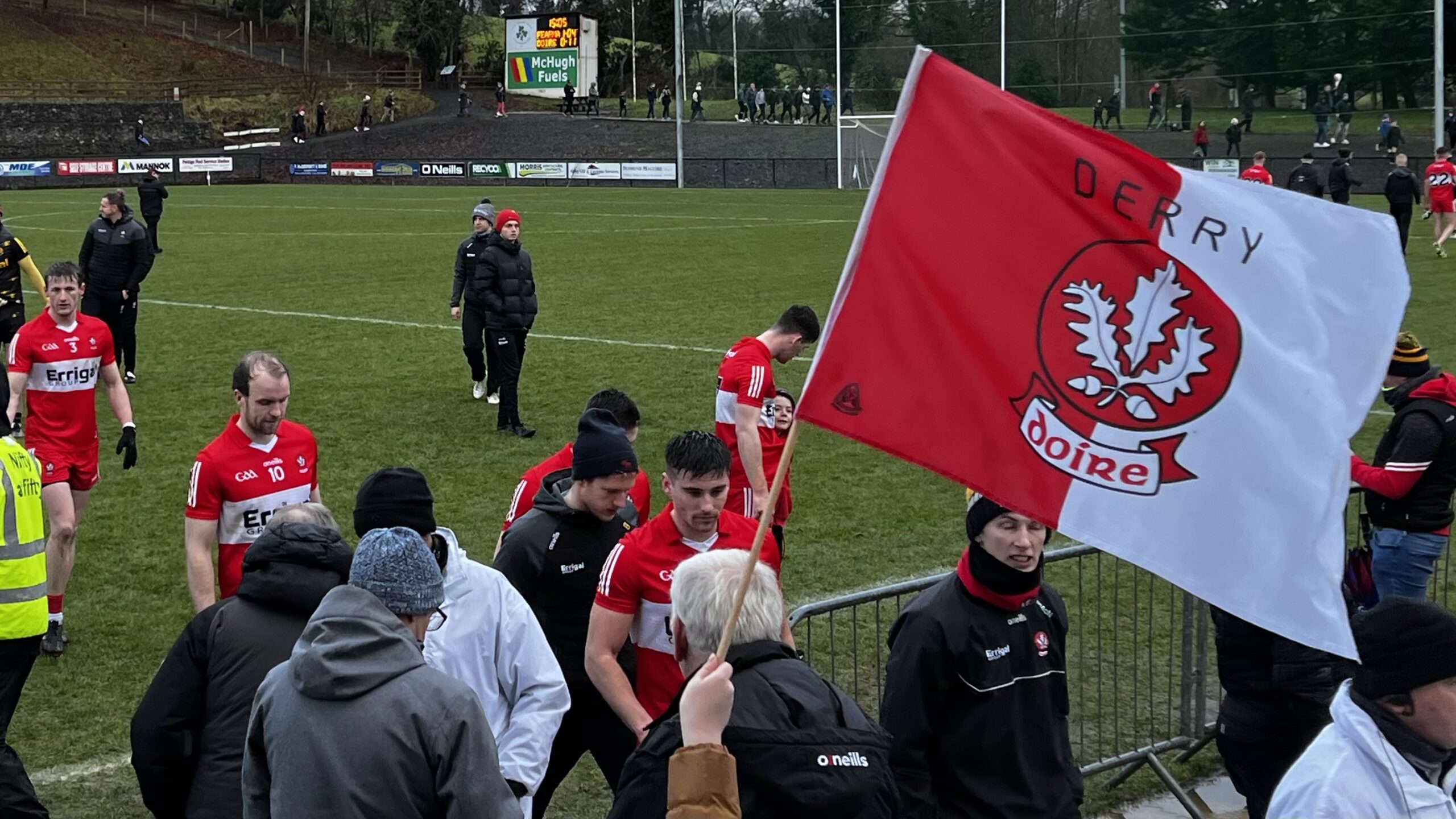 Derry’s senior footballers opened the 2023 season with a McKenna Cup win at a rainy Ederney against Fermanagh on Sunday.

The tie between Derry and Fermanagh never really caught fire in the opening half, before Derry kicked on to secure a four-point win with an improved display in the second 35 minutes.

The Ulster champions were guilty of a lot of first half errors, and Fermanagh, who led by 1-2 to 0-4 at half-time, will regret that they shot seven wides and should have been further in front. The goal was set up by Ryan Jones and finished by his brother Garvan.

Derry, who lined out with 11 of the team that started the 2022 All-Ireland semi-final against Galway, picked things up in the second half, particularly defensively. Fermanagh scored just twice after the break, a free and a stoppage time score from Conor McGee, while Conor Doherty, Niall Loughlin and Shane McGuigan – who ended the contest with six points – put Derry in control.

The Derry squad has been named for the trip to Fermanagh:

Tickets for the game are available to purchase at this link