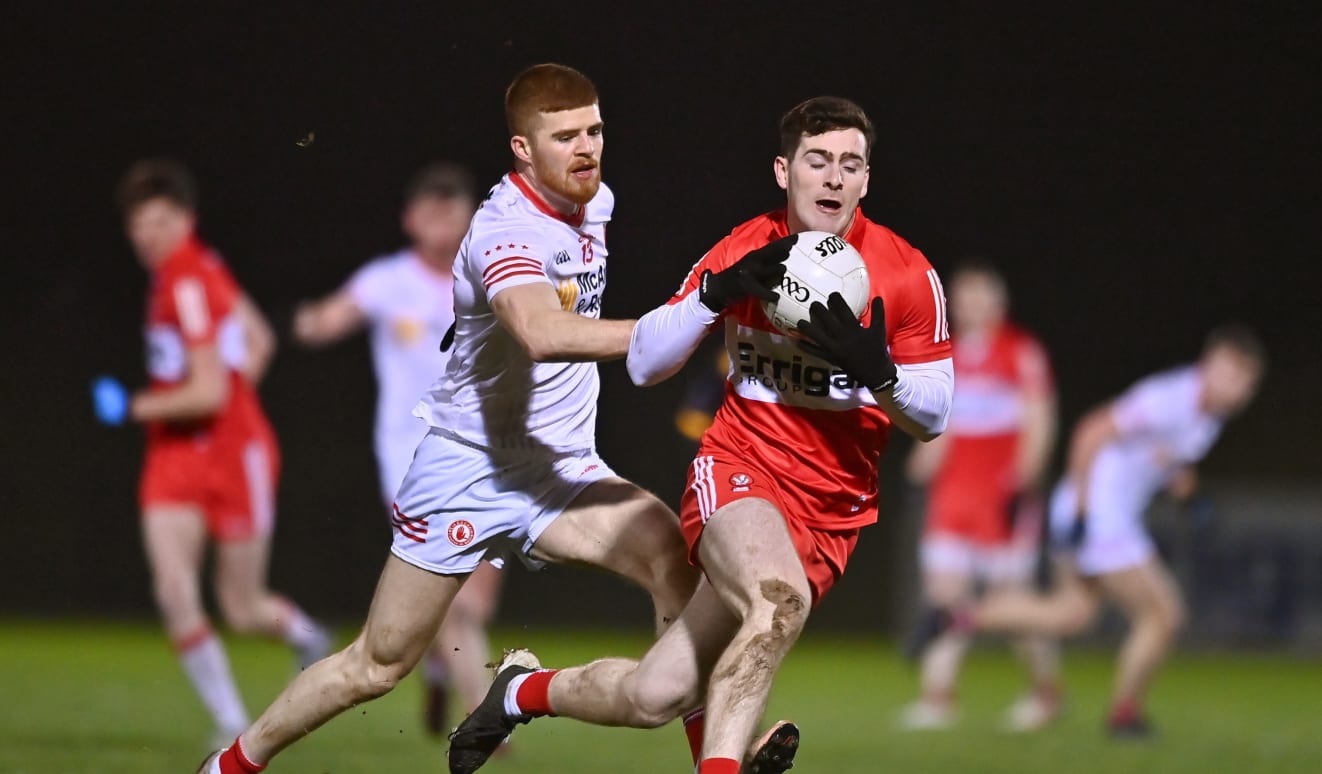 A fantastic long-range point from Lachlan Murray with the last kick of the game secured a valuable draw for the Oak Leafers at Owenbeg on Wednesday night.

It looked like Rory Gallagher’s team were destined for defeat when they trailed by 0-9 to 0-3 after 39 minutes, but they dominated the contest thereafter; the reigning Ulster champions claiming a hard-fought draw against Tyrone.

Tyrone would only score one more point, as Derry steadily reeled them in.

A third point of the night from Shane McGuigan really got them rolling, and then further scores from Niall Toner, who displayed great accuracy in front of the posts kept the Oak Leafers in touch.

In what was a frantic closing ten minutes, Brendan Rogers kicked a long-range effort from the right to move his side to within a single point.

The two teams exchanged late opportunities in the six minutes of additional time but it was Lachlan Murray’s late intervention that proved decisive. The Desertmartin man cleanly striking from over forty yards to confidently secure the equaliser.

The draw ensures Derry will play in the semi-finals of the traditional pre-season competition, where they will meet Down at Pairc Esler on Sunday (January 15th).