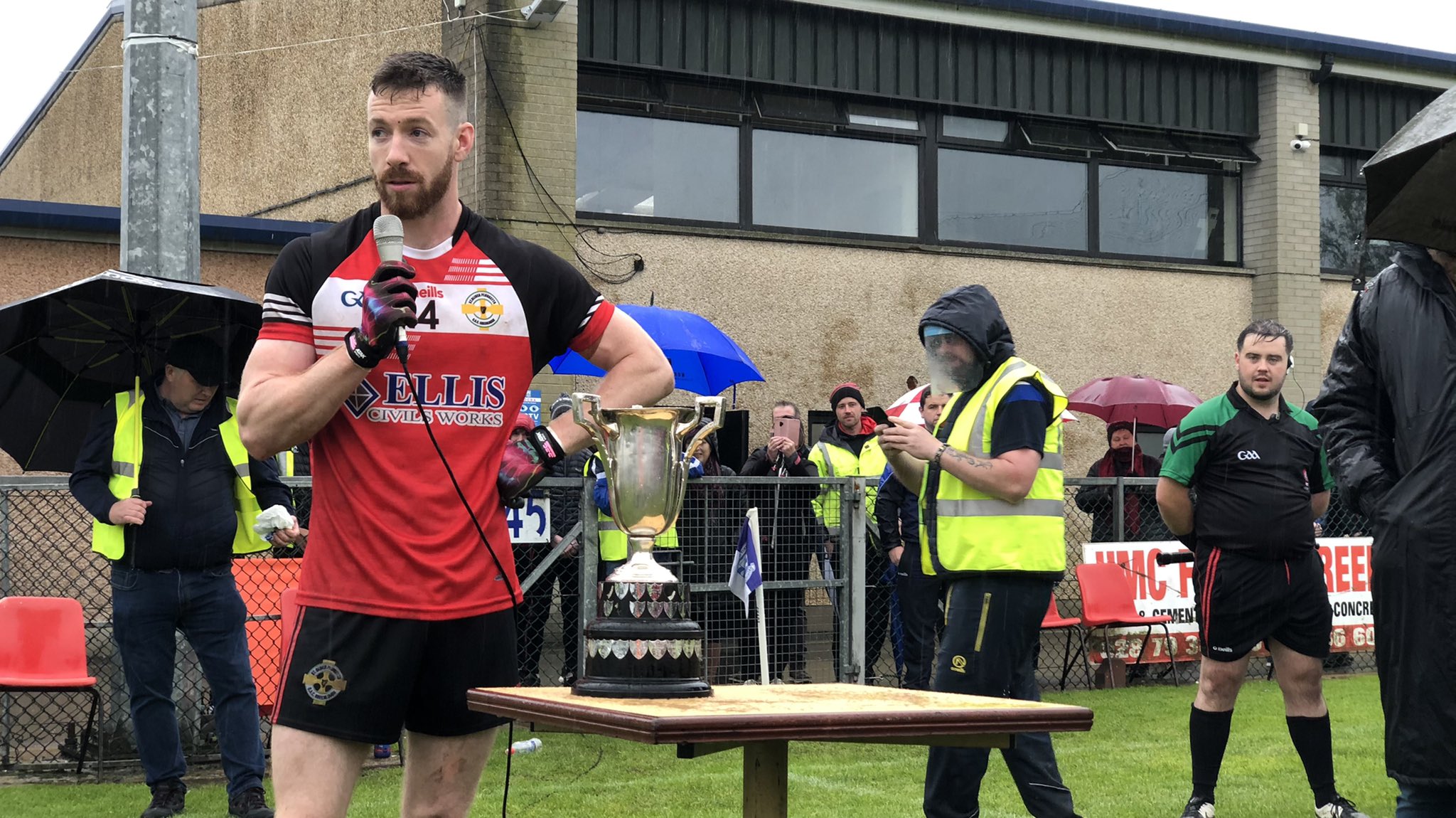 Greenlough captured the 2020 McFeely Group IFC title on Sunday following a late victory over Steelstown at a soaking Bellaghy.

Despite the wet conditions at Páirc Sean de Brún, the two sides served up an entertaining encounter behind closed doors. There were some exceptional scores at either end and the game ebbed and flowed from start to finish, with Greenlough taking control in the final quarter.

Michael McDonnell’s goal in injury time sealed victory for Oliver Plunkett’s, giving them an unassailable four-point lead with only seconds remaining. It was a tough blow for Brian Ógs who appeared to be in control of proceedings following Cahir McMonagle’s goal directly after the second-half restart.

Steelstown led by four points at one stage, but Greenlough slowly got themselves back into the game as the second-half wore on with captain Niall Loughlin tallying 0-6. His side eventually ran out four point winners.