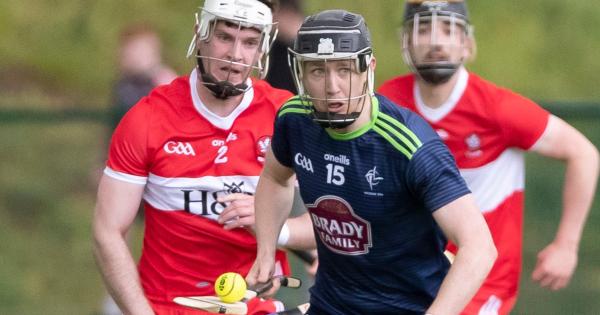 Derry’s senior hurlers fell to a disappointing Allianz League defeat at Hawkfield on Sunday, when a Kildare goal-blitz ensured the home side would earn both points.

The Lilywhites continue to look like they’re head and shoulders above every team in Division 2B, as they put the Oak Leafers to the sword at Hawkfield.

James Burke and Johnny Byrne got goals for the Lily Whites in the seven minutes spell before half time, and Byrne added two more before Conor Dowling also found the net in the third quarter to put a lopsided look on the scoreboard (5-17 to 1-14) that was somewhat unkind to a wholehearted Derry performance.

Brian Cassidy chipped in with a late Derry goal but the Oak Leafers will now be looking ahead to their first home tie of the campaign, against Donegal in a fortnight’s time.