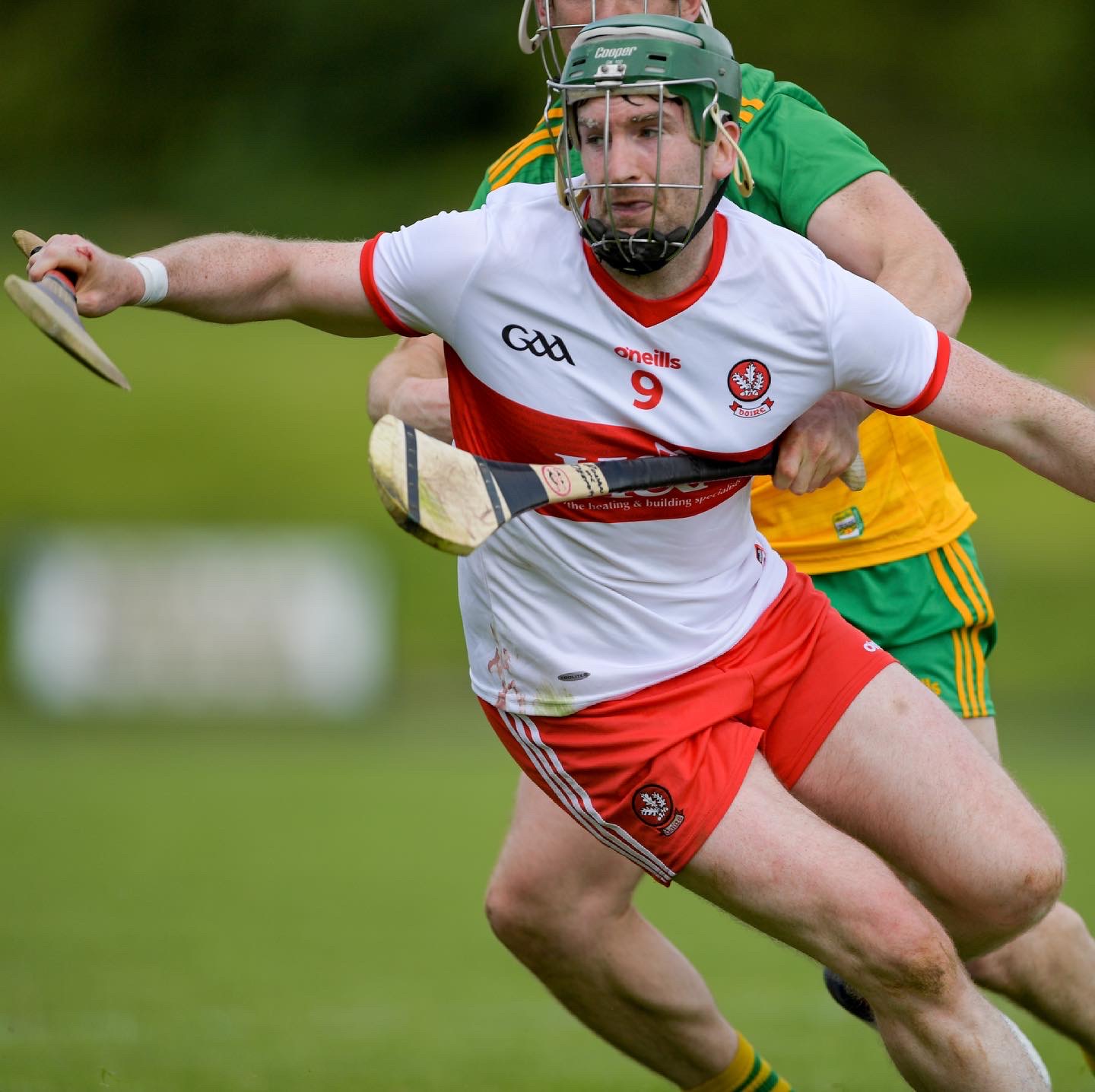 Derry’s senior hurlers confirmed their status in Division 2B of the Allianz League following a comfortable win against Roscommon at Owenbeg on Saturday.

Gerald Bradley scored the game’s only goal midway through the second half, which pushed the Oak Leafers into an unassailable fifteen-point lead. A gap that remained in place by the final whistle.

Derry had laid the groundwork for victory in the opening period, racing into a 0-10 to 0-3 lead by the 30th minute, thanks in part to three points from John Mullan.

A further three points before the end of the half helped the Oak Leafers to an eight-point half-time lead. They rounded off victory with a degree of comfort in the second half, out-scoring the Connachtmen by 1-13 to 0-9 after the break.

Cormac O’Doherty too-scored with 0-7 as Derry secured the two league points required to maintain their Division 2B status.

The Christy Ring Cup is next on the horizon.