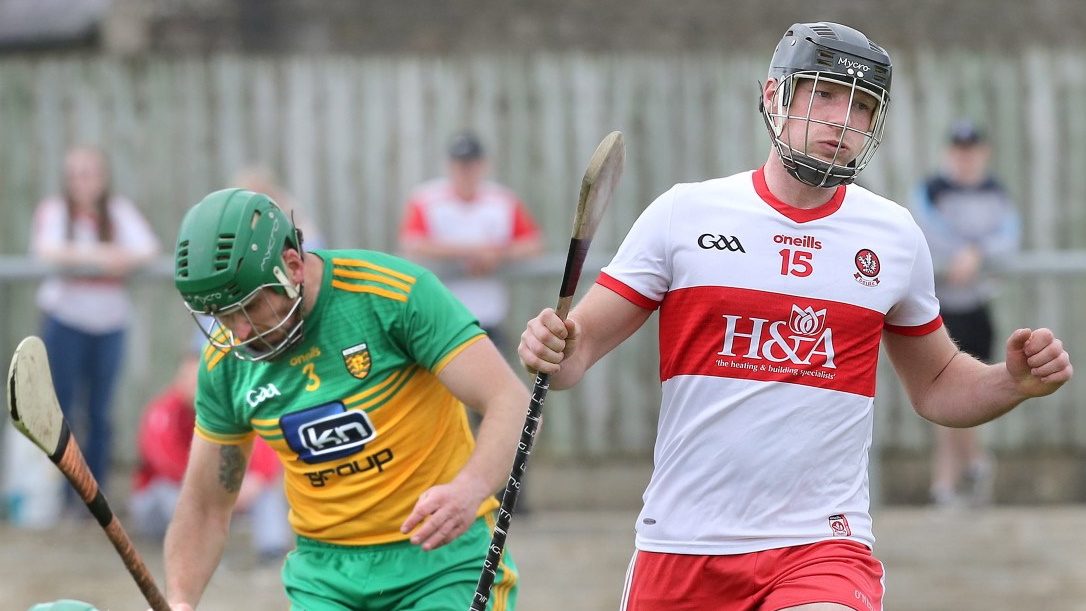 The Oak Leafers were quickest out of the blocks and raced into a nine-point lead in the second quarter of the game, following goals from Slaughtneil forward duo Sé McGuigan and Brian Cassidy. But a strong response from Donegal meant that the Oak Leafers would have their margin cut to five points at the break (2-13 1-11).

The high-scoring continued in the second-half as Donegal ate into Derry’s lead. Goals from Ciaran Mathewson and Gerry Gilmore sandwiched a third Derry goal, from midfielder John Mullan and suddenly Derry held just a two-point lead at the midway stage of the second period.

The teams traded scores in the final quarter, with Donegal drawing level as the game entered added time. Step forward Oak Leaf captain Cormac O’Doherty who struck a free from his own half – his thirteenth point of the game – to secure a valuable two points for his side.

Derry’s final group game is next Saturday (June 12th) at home to Roscommon.

Download teamsheets for the game using the link below (PDF format):