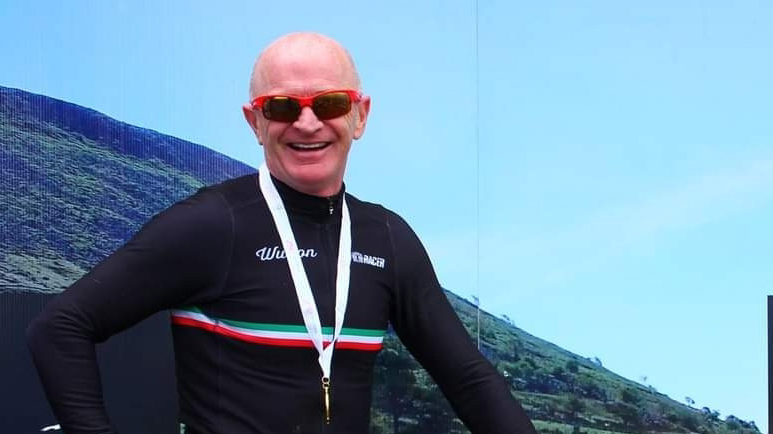 It seems like no time at all since I was last chatting to Collie McGurk and he told me a yarn which perfectly captured this remarkable man.

The programme stirred up memories of an old clash in the Ulster Club Championship between Lavey and Cushendall.

In typical Collie style, he told the story at the same speed as the game.

“The ball was thrown in and their midfielder came across our John. I says to ‘Sambo’ ‘Gone youse Cushendall b*******.’ Sambo says to me ‘there’s no b******* in Cushendall’ and he drove the hurl right across my ribs and I put the butt of my stick into him.”

Smiling with great fondness at the golden memories, the adrenaline was coursing through Collie and he started speaking even faster.

The action moved to the goalmouth.

A high ball is coming down from the heavens, but there is nothing divine about what occurs next as Sambo is the victim of an ungodly McGurk ambush.

“The ball was dropping down on us and I drove the hurl into him as hard as I could, and as I was doing that our Ciaran came flying down from the side of him.”

The way Collie described his brother’s aerial assault on Sambo it sounded like something from a Bruce Lee movie. In the end Sambo’s helmet is dislodged and the great man is left standing dazed and confused.

No doubt half-concussed, ‘Sambo’ looked around at his assailants, then, according to Collie, Sambo addressed the following remark to one of the umpires: “I don’t know which one of those baldy wee b******* it was, but it was one of them.”

That yarn tells you so much about Collie McGurk.

First of all, there was zero residue of animosity towards McNaughton. In fact, it was the exact opposite. There was only admiration and very obvious respect for a fellow gladiator.

In Sambo, the McGurks found a fellow warrior worthy of an ambush.

Not everyone would be afforded such an honour!

Then, there was just the pure unadulterated joy with which Collie relived that incident.

The thrill of the game.

The love of total combat.

Life didn’t get much better for Collie McGurk than that.

I can’t pretend I knew Colm McGurk very well. I didn’t. But I knew him well enough – and like anyone who knew him, I am in total shock.

I thought he was indestructible.

My earliest memories of Collie were watching him play at corner-forward in the great Lavey team of the early 90s.

Even then it was impossible not to admire his craft, courage and deep footballing intelligence. He wasn’t one of those busy bee corner-forwards who buzz around all day but produce nothing.

Collie’s ability to win possession was astonishing. Always the team player, his focus was solely on the team, or to be more precise, Lavey.

It was never about getting his name in the newspaper. It was all about Lavey.

I remember Collie telling me that even though he would have loved to manage the Lavey senior football team, he didn’t think he was capable of the necessary detachment.

The bond went too deep. Despite his considerable intelligence, the orange jersey just ignited something primal in him.

To illustrate his point Collie recounted something that had happened the previous week. He had turned up at the Lavey pitch for an underage training session. He parked the car. A game was taking place on the main field. A Lavey side was playing. A free-kick was awarded against Lavey.

“The next thing I know I’m screaming over the fence like a mad man,” said Collie before noting, “I didn’t even know who we were playing”.

While Collie was the prototype corner-forward, he often played at centre half-back in hurling teams.

About 10-and-a-half stone at his heaviest, it was entirely fitting that Collie could hold down a big man’s position.

Because he was a big man.

He was a giant.

His determination had to be seen to be believed.

Collie would occasionally go out on the bikes with us. It was very random. Given that he was always doing 1,001 other things, it was difficult for him to get the time.

One year because he was managing the Derry hurlers, he decided to do the Man of Sperrin Sportive (the proceeds from which go to Club Derry).

The Man of Sperrin is difficult for cyclists who ride their bikes all the time. No-one does it without any training.

By the time Collie completed the 60-mile circuit which included six mountain summits and more than 6,000ft of climbing, he was wiped out.

When he got back to Owenbeg, nearly everyone else had finished.

He was banjaxed. It was only when he was safely home and semi-recovered that Collie realised he’d left his bike in Owenbeg.

He was so far gone, he parked the bike against his car, then just drove off.

When he returned to Owenbeg his bike was lying in a heap where his car had been parked.

It takes a monumental effort to leave yourself in that physical and mental state. But Collie McGurk could do that.

And yet, he was much more multi-faceted that many would imagine.

In the WhatsApp Group we were both in, many topics could be discussed. But if Collie McGurk was posting, it was more than likely a photo from his garden.

He loved his lupins. And his cherry tree. And his roses.

One of his more recent posts was of his ‘Watty Rose’ which he predicted was going to have another ‘smashing year’.

One thing that has to be said about Collie, he was impossible to put in a box.

He was his own man and what a man he was.

It is difficult to fathom how his wife, Sinéad, daughters Orla, Aoife and Méabh, his son, John and the entire McGurk family will come to terms with the chasm he leaves behind.

For his friends, former team-mates and the people of Lavey, the loss will be huge.

It was an honour to know him.