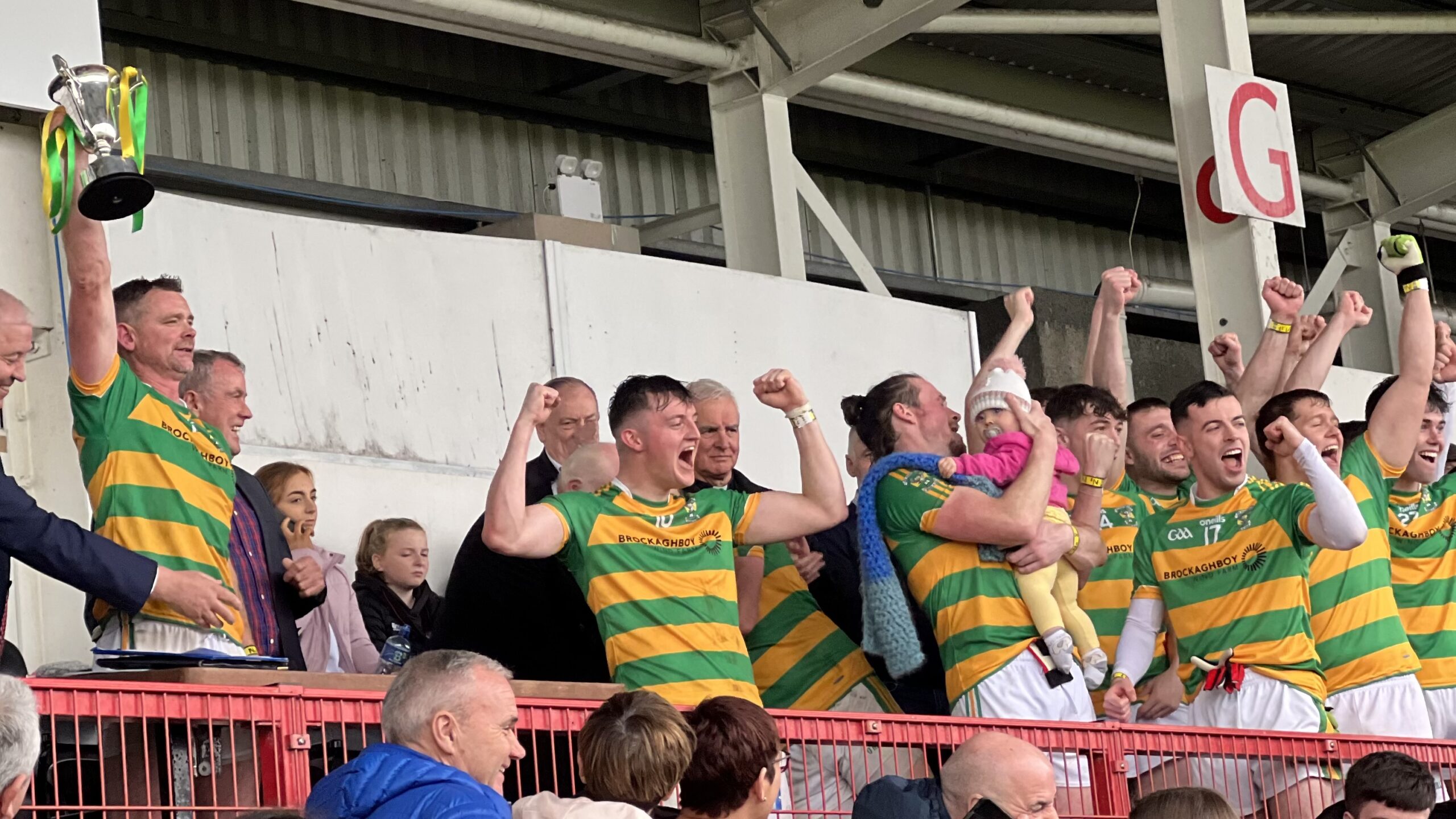 Daniel O’Kane’s point deep into injury time ended up being the difference between the sides in a decider that ebbed and flowed throughout at a wet Celtic Park.

It was the final score of a game in which Drumsurn had the better of the first-half proceedings, with Ryan Mullan’s early goal helping them to a two-point interval lead (1-5 0-6).

Despite a strong opening to the half from St. Matthew’s, it was Glenullin who started to click into gear upon the restart. Five unanswered points, including three from forward Eoin Bradley sent them into a two-point lead.

Drumsurn followed with a mini-comeback of their own. Ciaran Mullan struck three successive frees that brought the sides level going into the exciting closing stages.

But it was Daniel O’Kane’s late point that settled the outcome for Paddy Bradley’s charges.