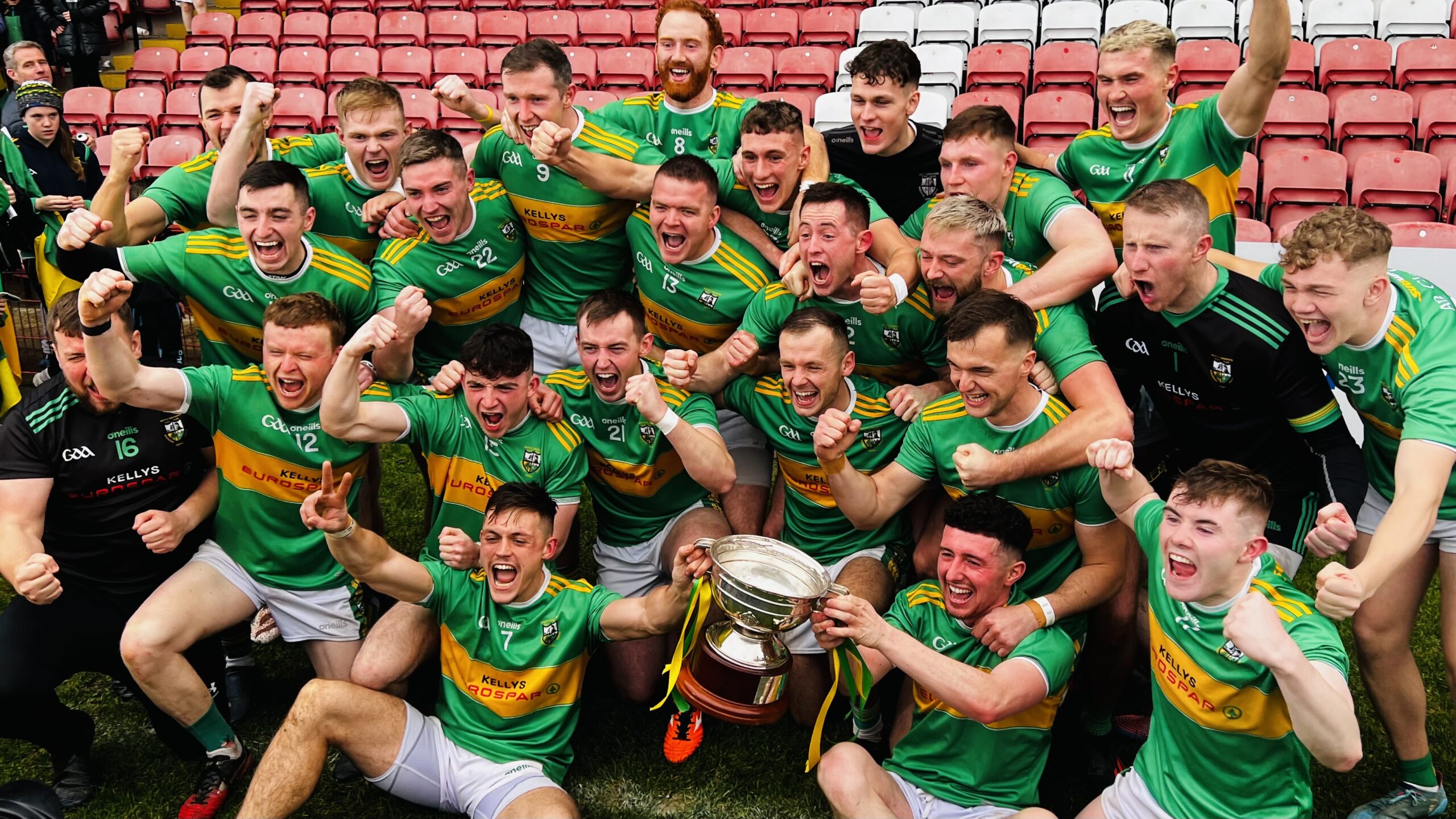 In a carbon copy of last year’s one-sided final, Glen defeated Slaughtneil by eight points at Celtic Park to retain their County title in emphatic fashion.

The Watty’s dominated proceedings against a disappointing Emmet’s side, and led from gun to tape.

Cathal Mulholland scored the game’s only goal, with Conleth McGuckian, Jack Doherty, Ethan Doherty and man of the match Michael Warnock all bagging a brace of points each.

The first half was one to forget, at least for the neutrals. The fifteen men Slaughtneil immediately pulled into their own half when they lost the throw-in starkly contrasted with the open, expansive and enjoyable curtain-raiser of the Intermediate Final. Glen mirrored their opponents defensive approach once Slaughtneil won possession soon after. Indeed, the biggest roar of the opening ten minutes was for a player over carrying the ball.

Conor Glass opened the scoring after two minutes, but it would be a further ten minutes before we would see another score. Michael Warnock, keeping a tight grip of Slaughtneil playmaker Sammy Bradley, jetted forward to double Glen’s lead.

Quick scores from the impressive Conleth McGuckian and Jack Doherty doubled their lead before Ethan Doherty dropped the shoulder to beat his man and edge Glen 0-5 to no score ahead.

In what was an unnecessary reminder of last year’s County Final display, Slaughtneil were sluggish from the offset. It would be fully nineteen minutes before the Derry hurling champions would even hit a wide, and twenty before they finally opened their scoring ledger courtesy of a Shane McGuigan free. Glen made it 0-7 to a point when first the rapid heeled Eunan Mulholland burst forward to point after Emmet Bradley fisted on a huge Conlan Bradley kick out, then McGuckian hit his second of the half.

The Emmet’s needed something before Gavin Hegarty’s half-time whistle. Padraig Cassidy’s outside of the boot point provide them with a small measure of succour, but it still left his side trailing by five at the break.

Glen raced to a 0-10 to 0-3 lead early in the second half and looked home and hosed.

Slaughtneil threatened briefly. Points from Christopher Bradley, Shane McGuigan and Keelan Feeney reduced their arrears to four points, but when Cathal Mulholland poked a goal home in the 53rd minute in was game, set and match to Malachy O’Rourke’s team.