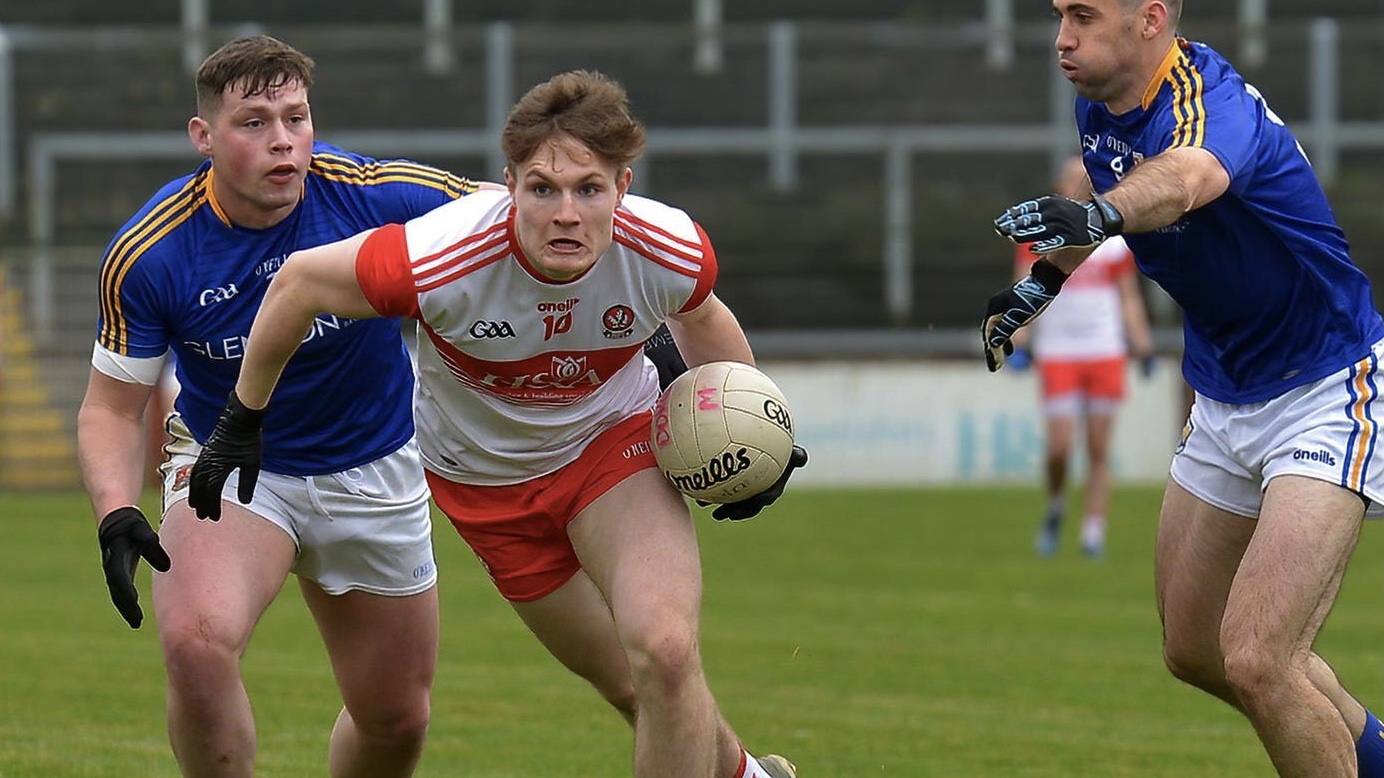 Derry edged out a two-point win against Offaly in Tullamore on Sunday afternoon to complete their 2020 Allianz Football League campaign.

Danny Tallon and Shane McGuigan (twice) were on target early on Derry raced into a 0-3 to 0-1 lead after ten minutes. Ciaran McFaul and McGuigan doubled Derry’s lead by the water break, as John Maughan’s side continued to struggle with the high intensity of the Ulster men.

Tallon and Enda Lynn gave Derry a six-point lead as they threatened to race away to a big win, but Offaly gave themselves some hope when Aaron Leavy hit the net three minutes from the break. But there was still time for Derry to hit back and Ethan Doherty goaled, while further points from Derry meant they led by eight points at half time.

Offaly’s challenge was far from over though. Anton Sullivan hit a couple of early points in the half, and although Chrissy McKaigue kicked a good score for Derry, three in a row from Niall McNamee meant Offaly only trailed by four with 13 minutes remaining.

While Offaly had Eoin Carroll sent off after a second yellow card offence, McNamee cut the lead to three points in the 62nd minute, but Ethan Doherty’s late score made sure of the Derry win.

It turned out that Down’s win over Derry on 1 February was the decisive result in the division as their superior head-to-head record was enough to secure promotion for Down – despite their loss against Louth.

With Derry’s win away to Offaly, both sides finished with nine points – behind the already promoted Cork – but it is Down that will play Division Two football in 2021, as Longford handed a walkover to Cork in the fourth game of the day.