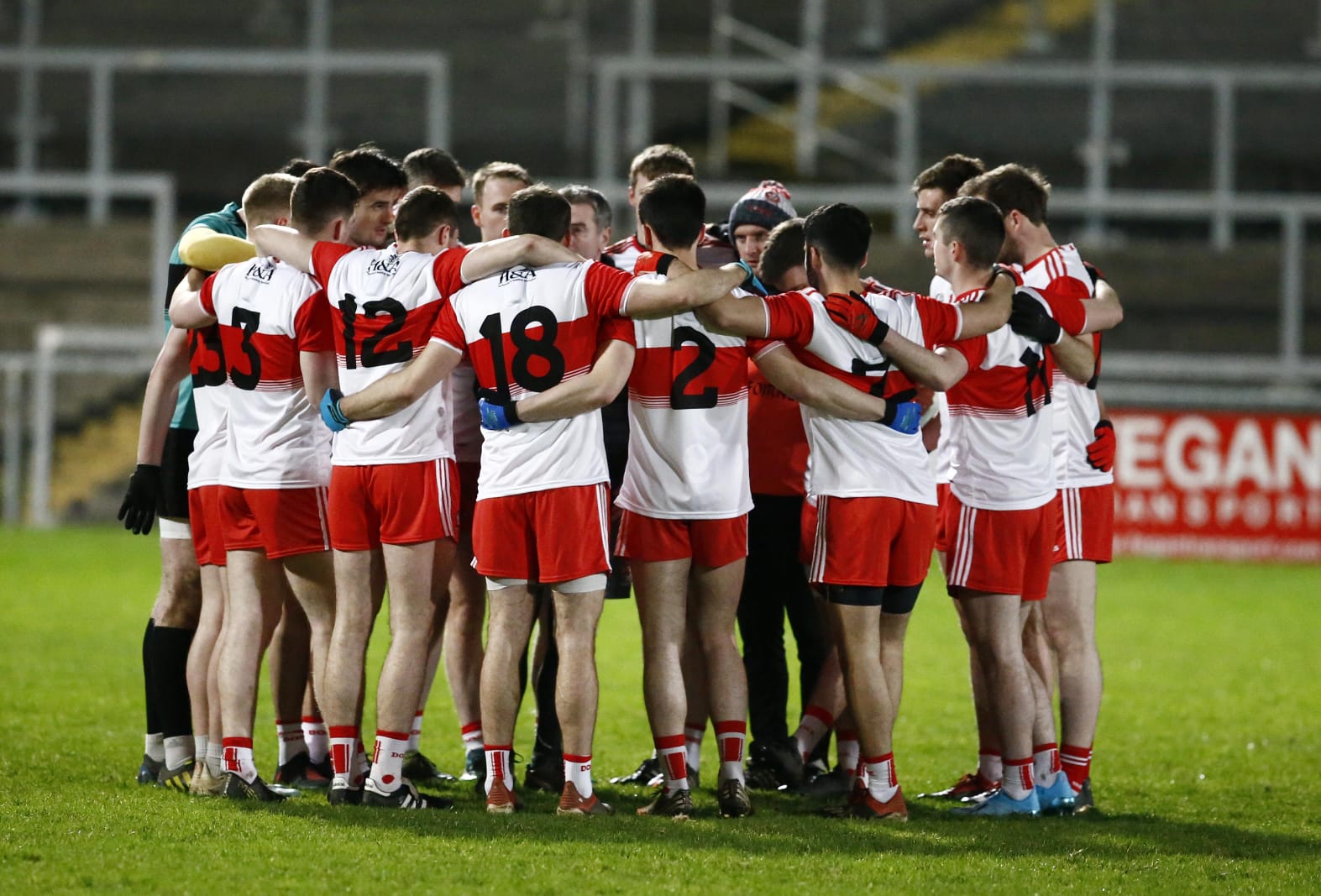 Both Derry and Down drew their opening games, and this time around it was a straight shootout between Donal O’Hare and Shane McGuigan at Páirc Esler in Newry. The Down forward was eclipsed by his Derry counterpart but came out on the winning side, on a 0-14 to 0-12 scoreline.

O’Hare (0-3) and McGuigan (0-4) dominated proceedings in the first half and it was Derry who took a narrow 0-8 to 0-7 lead into the break. McGuigan scored inside the opening minute only for Jerome Johnston to equalise moments later.

Derry took their most decisive lead in the 26th minute when Alex Doherty scored, but O’Hare and Cory Quinn quickly replied. O’Hare rounded off the first half scoring and Down were still right in the game.

McGuigan scored first after half-time but Down never gave up, and were level when O’Hare scored 12 minutes into the second half.

McGuigan and O’Hare traded points but Barry O’Hagan put Down in front with four minutes of normal time remaining and they held on at the death.