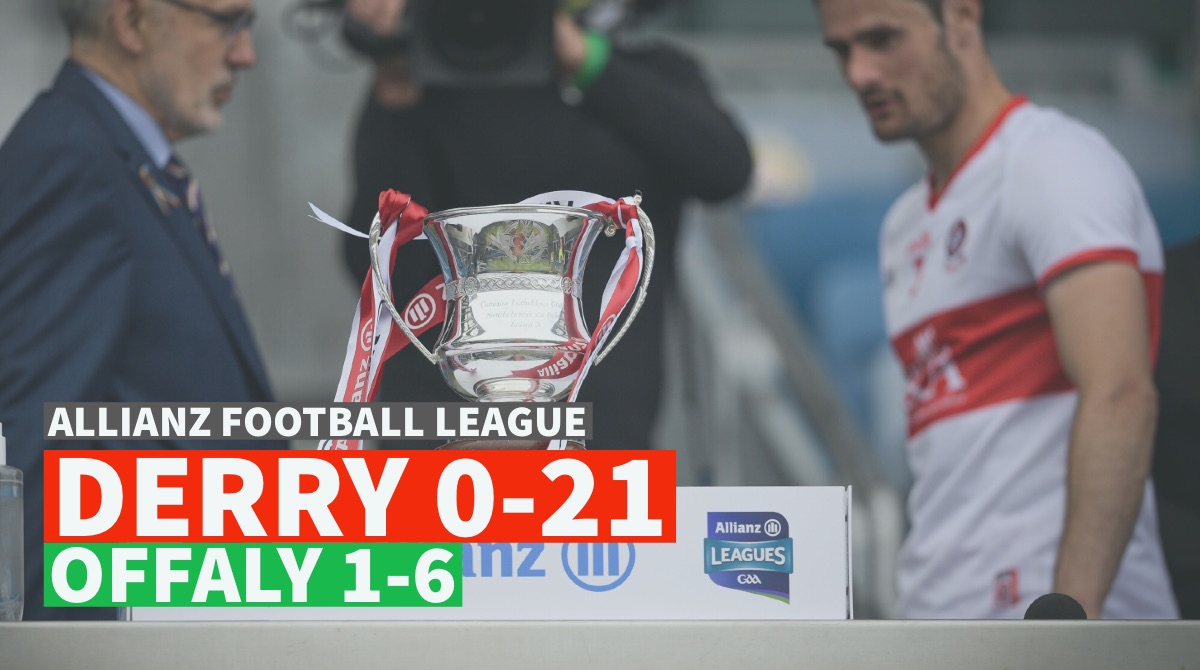 Derry capped off the Allianz Football League campaign with victory over Offaly at Croke Park in Saturday’s final, to accompany their promotion to Division 2 for 2022.

There was hesitancy from both sides in the early stages, with Offaly registering three early wides while Derry created two goal chances that went abegging – both on the back of powerful driving runs from Gareth McKinless that opened up the Offaly defence.

Niall Loughlin finally opened Derry’s account in the seventh minute and the Ulster side had three on the board by the time Offaly finally broke their duck through Cian Farrell.

Outside of their Edenderry full-forward, Offaly’s attack was toothless, and they were reduced to speculative shots from distance that failed to find the target, while Derry too missed chances but still gradually pulled clear due to their clear monopolisation of possession. Pádraig Cassidy, Emmett Bradley and McKinless made considerable ground running through the centre and that in turn forced Offaly to foul opposition runners, leading to McGuigan and Loughlin building up their tally with four points each in the opening half.

Derry ratcheted up the intensity in the second period, taking complete control of the kickouts on both sides, with Conor Glass imperious. The big Glen man seemed to contest every dropping ball, winning most of them, not to mention bursting forward after one of those contests to sweep the ball over the Davin End crossbar for a rousing score.

Opportunities for the Offaly attackers grew more and more scarce as Derry turned the screw, and seven points on the spin in the closing stages could have been even more, but for a disallowed goal and the missed penalty, both from Shane McGuigan.