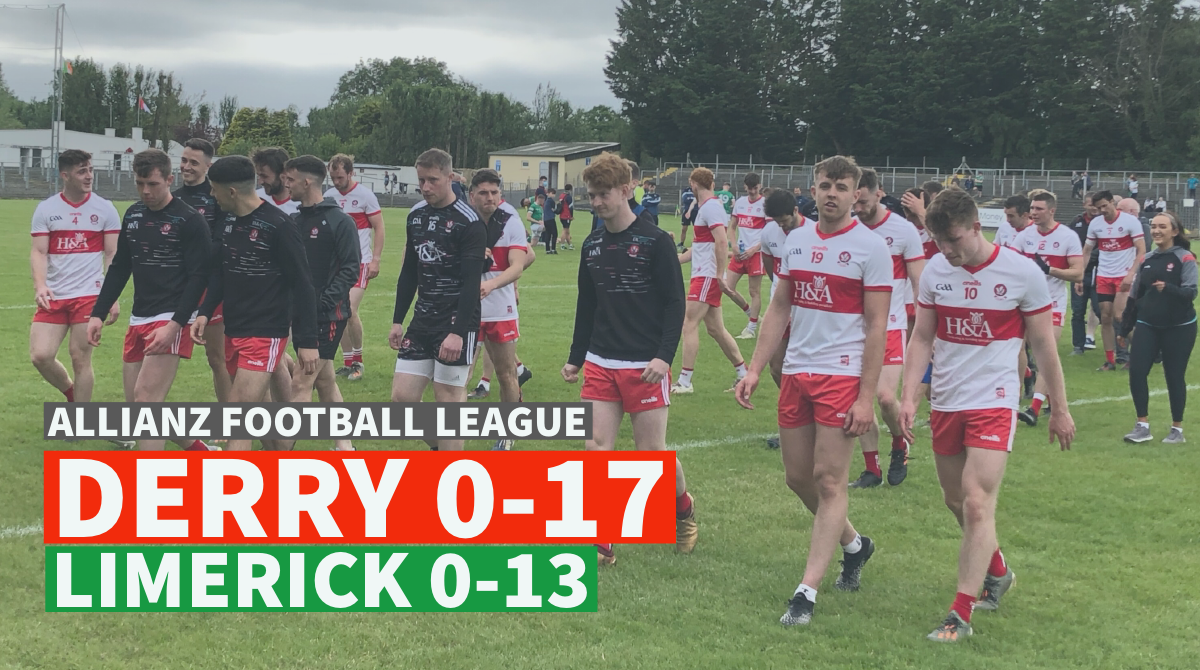 Derry will play in Division 2 of the Allianz Football League in 2022 following their D3 semi-final victory over Limerick at Carrick-On-Shannon on Saturday.

Derry found it difficult to produce the sumptuous attacking football that they had delivered so far this season when they took on a stubborn Limerick outfit in Carrick-on-Shannon yesterday. Hugh Bourke fired three early points as Limerick had the better of the first quarter, aided by a black card for Emmett Bradley and a couple of missed goal

Rory Gallagher’s side remained in charge for the second quarter but again, failed to turn possession into scores despite Heron and McGuigan (2) putting them into a 0-08 to 0-05 lead with 14 men. Derry and Loughlin also saw another goal chance missed when the Greenlough forward did well to break two tackles and get himself through on goal only to see his low shot saved by the feet of O’Sullivan.

Benny Heron and Shane McGuigan were on target as Derry seemed to finally find some form to move 0-8 to 0-7 clear, but Danny Neville and Bourke replied to cut the gap to the bare minimum at half time.

A Paul Cassidy point in between a couple of dead ball scores pushed Derry four points clear early in the second half and from then on it was a tense, tit-for-tat affair with Limerick staying in touch but never really threatening to pull off an upset.

The Oak Leafers will face Offaly in next Saturday’s D3 Final.