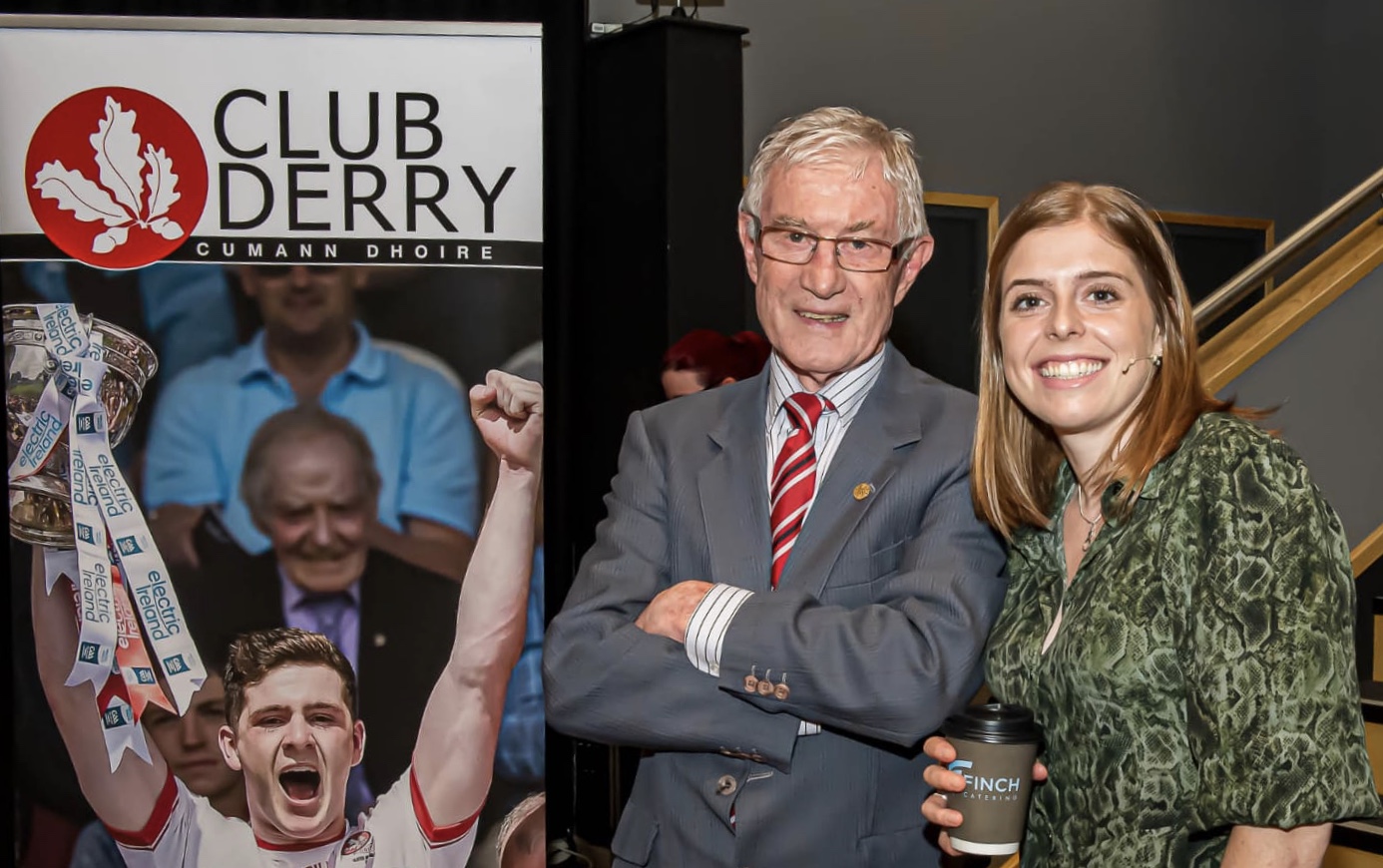 The centrepiece of the evening was a vibrant discussion panel featuring Henry Downey, Rory Gallagher, Katie Mullan, John Costello and Oisin McConville. With the BBC’s Thomas Niblock moderating, no topic was off limits, as the panel discussed the challenges and potential solutions facing the GAA in Derry and beyond, as we enter a new decade.

The importance of bodies like Club Derry, coaching structures and the difficulties of the new two-tier championship all came under debate. While inspirational Irish Hockey captain and former Eoghan Rua camóg Katie Mullan added perspective as a professional sportswoman preparing for a tilt at Olympic glory.

Henry Downey, Derry’s All Ireland winning captain, spoke about how far sponsorship deals have come since his early days in an Oak Leaf jersey:

“At the start of ‘92 we had no brand on our jersey. All the sponsorship and structures available now just weren’t there back then. Pat Gormley and Sperrin Metal changed all that. Club Derry deserves huge congratulations for the fantastic work they do. What they put into Derry is brilliant and long may it continue.”

Oisin McConville spoke about the successful Armagh team of the 2000s:

“We didn’t want for anything, we had physios, coaches and even a chef! We had the right players that came along at the right time but we also got serious backing, and that gave us a real chance of success.”

Katie Mullan reminisced about her playing days as a camóg in Coleraine.

“I played hockey all winter and camogie all summer! And I still get the odd phone call to play for Eoghan Rua in the championship which is always nice.”

“Club Derry is a very important contributor to the county. Every county needs that kind of plan and a strategy. It’s about teamwork… everyone pulling together with a common goal.”

Derry senior football manager Rory Gallagher praised the natural resources that the Oak Leaf county has at its disposal:

“The one thing Derry has and has always had is an incredible club structure. There’s a massive pride and appetite for GAA in this county. That’s a great starting point, and what Club Derry provide to add to that is invaluable.”