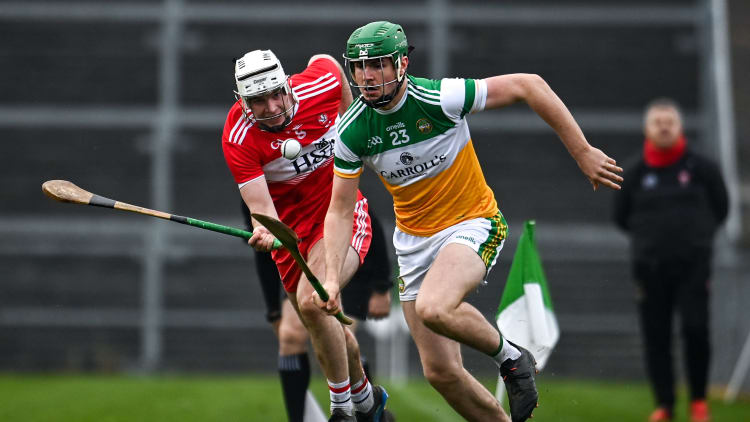 Derry’s hurlers 2020 Christy Ring Cup campaign is over following defeat to an on-form Offaly in Newry on Saturday.

Eoghan Cahill was in sparkling form as Offaly ended their three-year wait for a championship win, as he hit just over half (0-17) of a handsome tally for Michael Fennelly’s side. Offaly set the tone from early on, outscoring Derry by 0-7 to 0-1 in the opening ten minutes, with Liam Langton, Peter Geraghty, Colm Gath and Oisín Kelly joining Cahill on the scoresheet.

Cormac O’Doherty’s scores from frees helped Derry grow into the game gradually, but they could only manage two points from play, both via Fintan Bradley, in the first half, while Offaly had scoring threats throughout their attack and from deep through Ben Conneely as they pushed on to lead by 0-16 to 0-6 at the interval.

Derry settled well into the second half, with Richie Mullan finding the net seven minutes in to reduce their deficit to six points. For the second weekend in a row, however, their challenge was hit by being reduced to 14 men, as Offaly went through the gears again after John Mullan’s dismissal.

The Faithful County added 12 points to their tally in the last half-hour, to just three for Derry, with Cahill continuing to lead the way. Subs Thomas Geraghty, Brian Duignan and Seán Cleary brought Offaly’s number of scorers up to 11 as they powered through to the semi-finals.