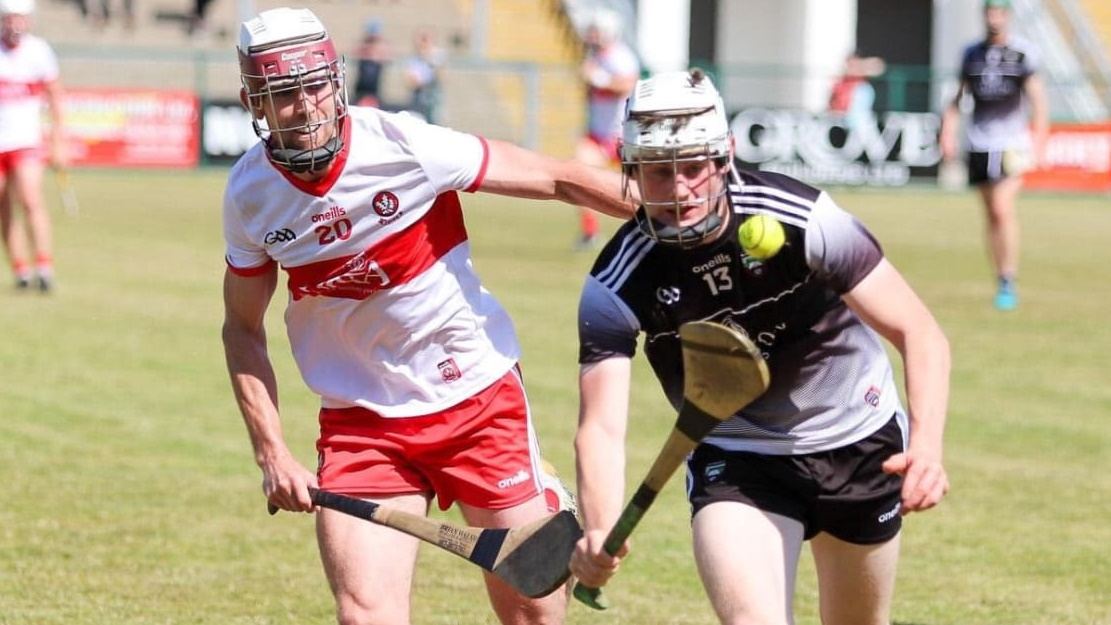 Two from Two in 2022 in Christy Ring Cup

Having defeated Sligo in the league and league final, Derry senior hurlers made it a hat-trick of wins in 2022 over their opponents in the second round of the Christy Ring Cup on Easter Sunday.

After last week’s 13-point win over Wicklow, Derry impressed again, their 15-point win courtesy of a strong second half performance.

The first half was much more evenly matched and there was only 2 points between them at the interval but Derry, buoyed by a strengthening breeze used it to their full advantage scoring 1-13 to win by a fifteen point margin.
Freetaker Cormac O’Doherty, Deaghlan Foley, Odhran McKeever and Gerard Bradley were among the leaders for the visitors, who were adrift by one point as referee Caymon Flynn was about to signal half-time.

However, there was late drama with McKeever finding Bradley who blasted to the net to send his side in front by 1-7 to 0-8 at the break.
It was tit for tat in the opening stages, Richie Mullan getting Derry off the mark before Andy Kilcullen responded for the hosts through a free, as freetaker Gerard O’Kelly-Lynch added two more placed balls as Sligo went in front, but it was shortlived, O’Doherty getting his first on 21 minutes as the sides were level at 0-4 apiece.

Two fine scores from Thomas Cawley and captain Finnian Cawley had Sligo up by two but Bradley and O’Doherty saw Derry responding down the other end.

O’Kelly-Lynch added another free his fourth of the half with the excellent McKeever pointing from a tricky angle.

Then Derry pounced with the game’s opening goal to give them the advantage at the break, 1-7 to 0-8 in front.

The second half belonged to the visitors despite Andy Kilcullen pointing first through a free. Derry took complete control and Michael Munnelly on 39 minutes scored Sligo’s only point for 23 minutes.

It was all Derry from here, Darragh McGilligan, Foley, John Mullan, Bradley and McKeever all chipping over scores.

The game was further put out of reach of Sligo when McKeever found the net for Derry’s second goal in the 58th minute, Derry ahead by 2-16 to 0-10. The final ten minutes saw Richie Mullan, Bradley and Meehaul McGrath extend their lead as they ran out comprehensive winners.