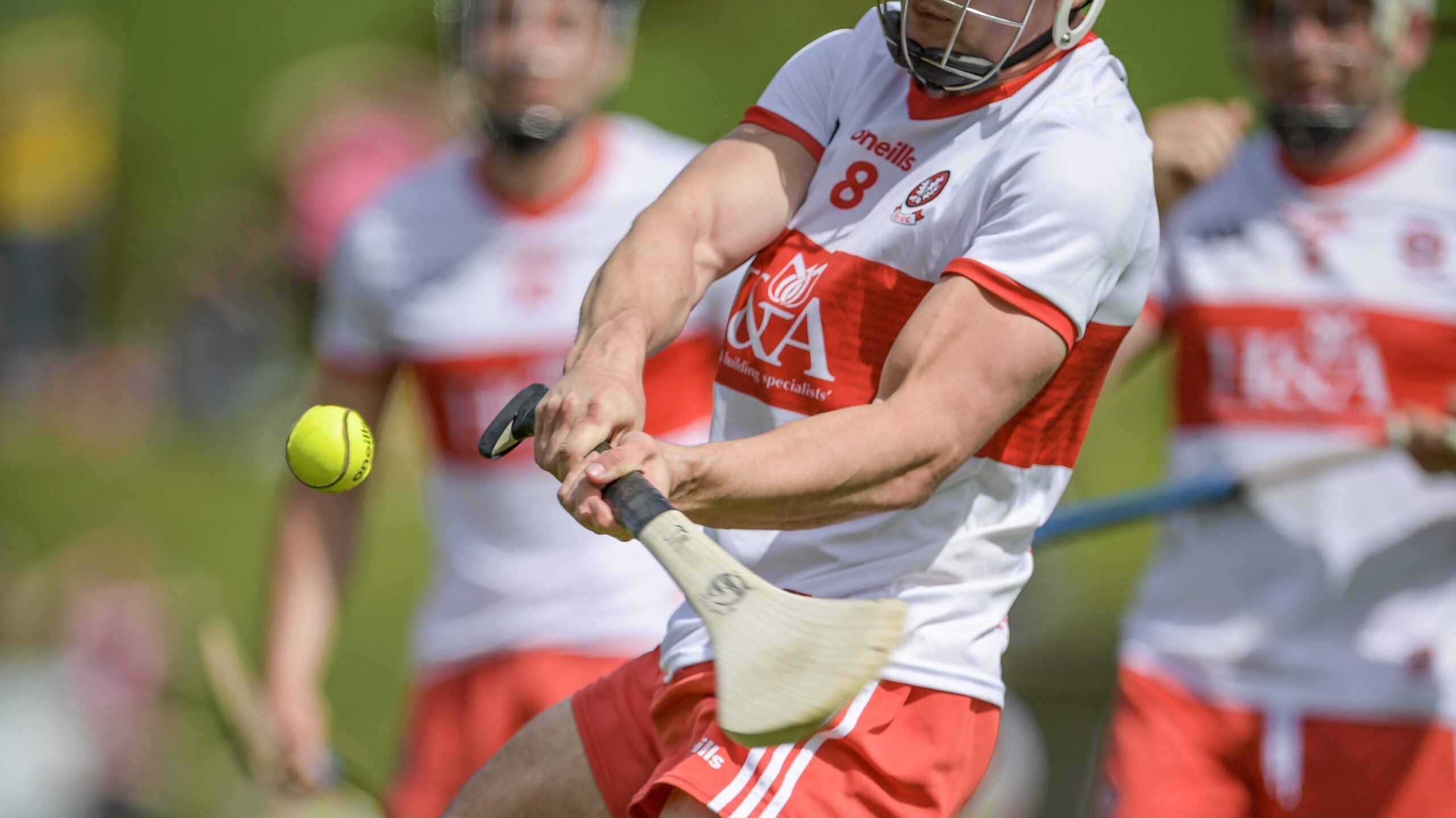 Derry hurlers got their 2021 Christy Ring Cup campaign off to a great start in Athleague following a late victory against Roscommon on Saturday.

It was a difficult opening half for the Oak Leafers who found themselves in arrears early on following Connell Kennelly’s goal for the home side. A red card for Darragh McCloskey inside the first ten minutes made the task more onerous, and by the half-time whistle Derry trailed by six points (1-11 to 0-8). That scoreline might have been worse but for an excellent save from Oisin O’Doherty from a Roscommon penalty.

The second-half saw the fortunes turn, with Derry assuming momentum in terms of possession, but more importantly on the scoreboard. Captain Cormac O’Doherty led the charge – finishing the game with 0-8 – and his side hit the front with just five minutes of the contest remaining.

Points from Conor Kelly and Deaglan Foley left Derry ahead by two as the game entered five minutes of injury time. The home side reduced the gap to the minimum in the final minute but Derry held on for a valuable victory.