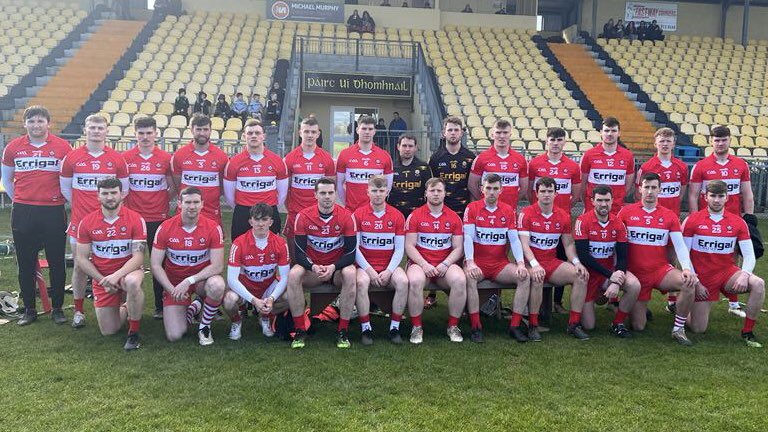 With both sides unbeaten with three from three in Division 2B, something had to give when Derry met Donegal at O’Donnell Park, as both battled for qualification for the 2B league final.

With a strong breeze the home side took the lead early on and maintained it throughout the first half, leading 0-10 to 0-07 at the interval.

Indeed Donegal would lead for three quarters of the game; and it took a strong final 20 minutes from Derry to draw level and eventually move in front, before pulling away and winning by eight to remain the only unbeaten team in Division 2B and top; with only London left to play at home on the 20th March.

The win also confirmed Derry’s spot in the Division 2B league final on 2nd April (as Donegal now can’t surpass them – and can only draw level with them if Derry lost – but with the Head to Head rule in place and Derry already defeating Donegal, Derry would still remain top after the final round), where they will play the winners of a semi-final to be held between 2nd and 3rd in the league.