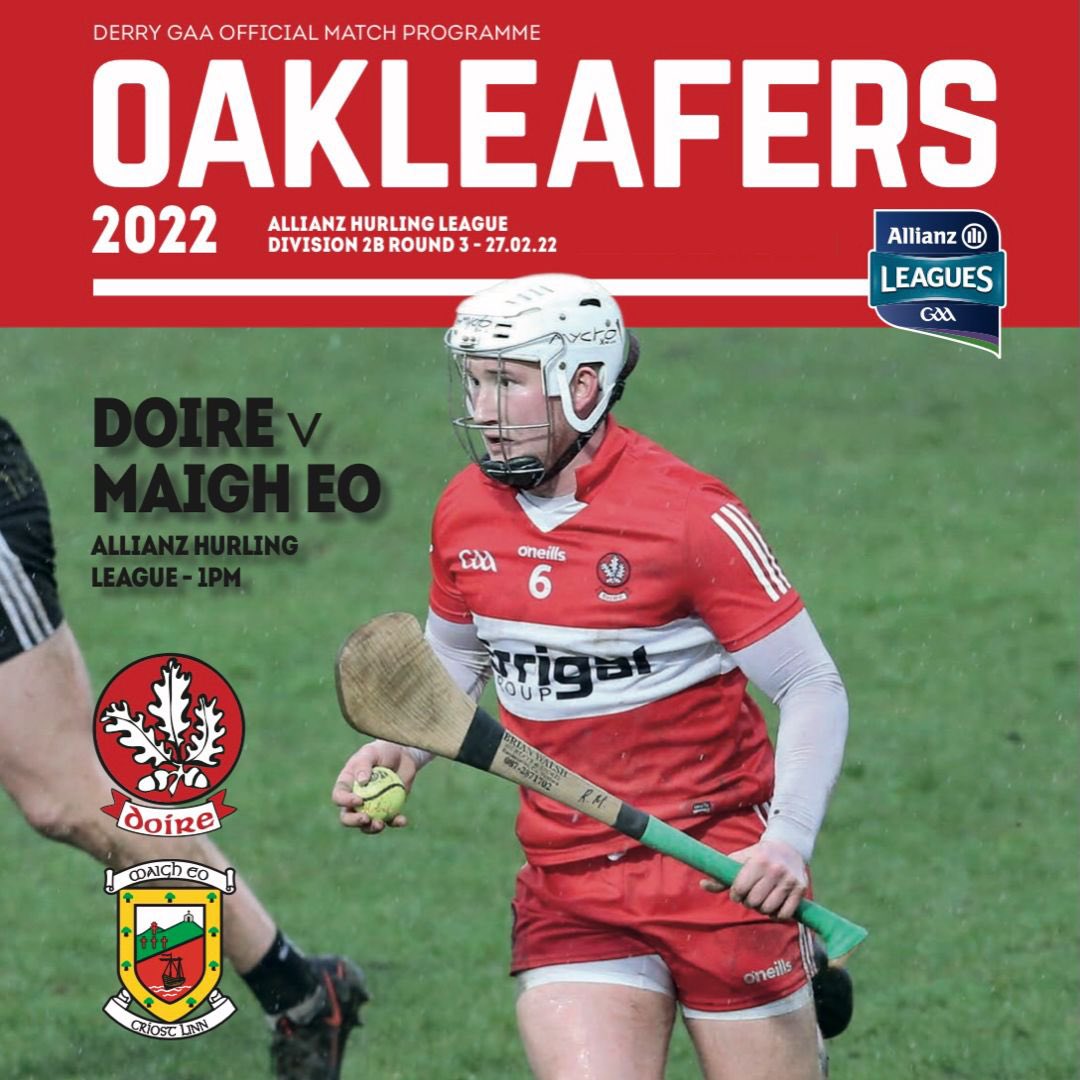 Steven Doherty at Owenbeg
Derry proved far too strong for Mayo in hurling’s Division 2B. The Oakleaf men fired home a brace of goals in both halves to brush aside the challenge of Mayo. Deaghlan Foley top scored for the winners with 1-4, with Odhran McKeever, Sean Kelly and John Mullan all impressing and raising green flags.

Once again the February weather made its presence felt at Owenbeg, where Derry, aided and abetted by a powerful breeze blowing from the scoreboard end raced to a fourteen point lead at half-time.

Ryan Butler scored the first goal of the game, slotting home after a
goalkeeping mishap. But after that Derry assumed control. Free taker Cormac O’Doherty was unerring from the dead ball, before goals from John Mullan and Odhran McKeever rubber stamped Derry’s authority on the first half. A second point from Sean Kenny and Eoin Delaney, from an acute angle, brought the half-time scoreboard to 2-15 to 1-04.

Goals from Sean Kelly and the powerfully built Deaghlan Foley stretched their lead to a match winning one at 4-18 to 1-5 midway through the second period with Mayo struggled to even cling on to Oakleaf coat-tails.
A brace of frees from the evergreen Keith Higgins and fifth point from Sean Kenny kept the Mayo scoreboard tipping along, but it was all too little, too late.

Table toppers Derry travel to meet rivals Donegal in Letterkenny next time out.