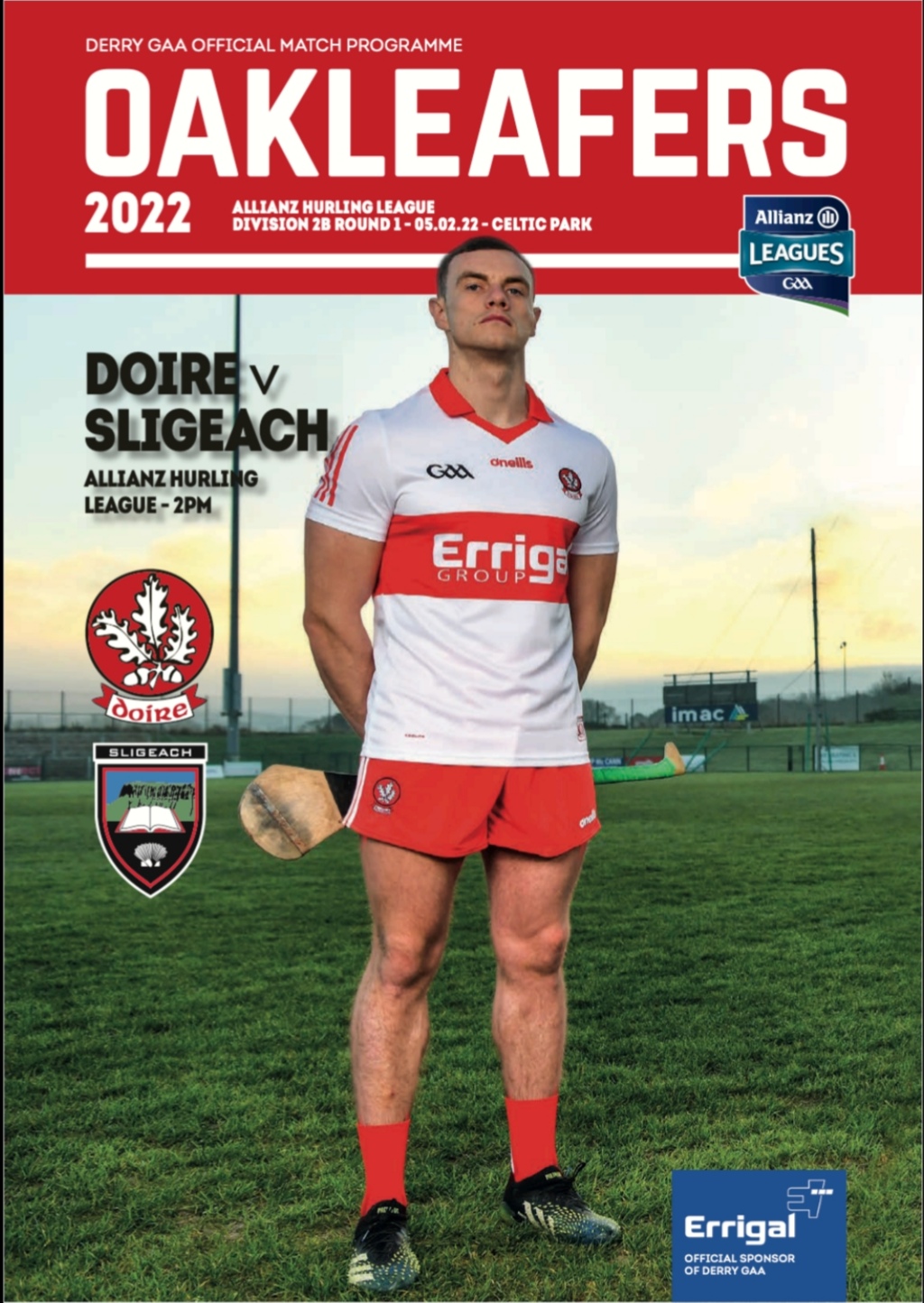 Just as our Senior Footballers started their 2022 league campaign in Divison 2 with a Saturday home game and 2 points, so too did our Senior Hurlers when they hosted Sligo at Celtic Park in Division 2B on Saturday 5th February.

However, where the footballers had some breathing space coming into the closing stages, Dominic McKinley and Cormac Donnelly’s men were made to work hard until the very end in trying conditions, digging deep to secure victory.

Sligo started the brighter, hitting 3 points before Derry leveled through a goal from Gerald Bradley.

However 4 consecutive points from Gerard Kelly-Lynch gave Sligo a point lead at the break, 2-03 to 0-10.

Five points from Cormac O’Doherty contributed to Derry’s strong start to the second 35, going into a 6 point lead.

Sligo again closed the gap to 3, only for Derry though Cormac O’Doherty, Tiarnan McCloskey and Decky Foley to open the gap back to 6 with time running out.

There was still time for a Sligo penalty to hit the back of the Derry net, but that was the last action of the game, confirming an opening round victory for our Senior Hurlers.