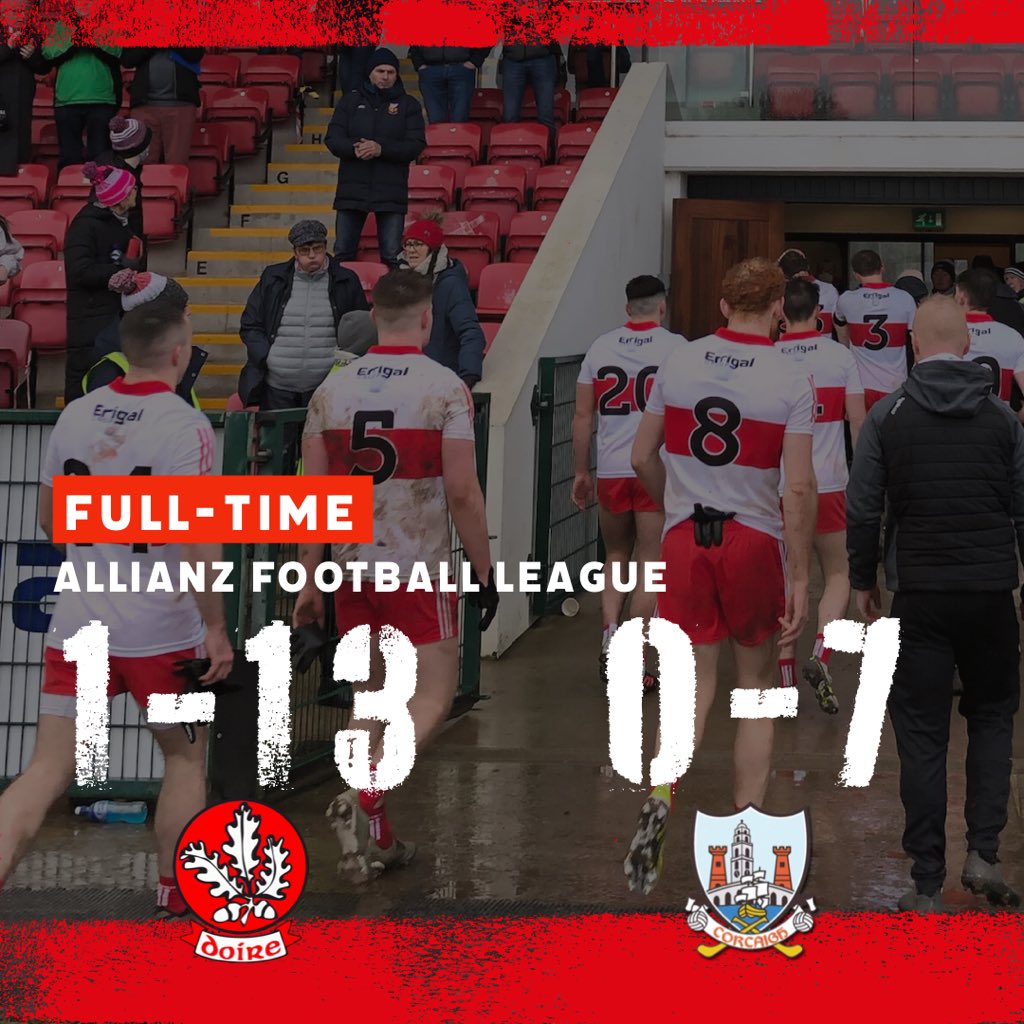 When Derry last met Cork in league action it was March 2020, with both teams in Division 3. Cork won by two that day, but since then Derry have went on a run of nine unbeaten league games; encapsulating the end of the 2020 season; last year’s successful promotion campaign from Division 3, and their solid start to 2022, with wins over Down and Offaly in Division 2.

The win over Cork extended that run to ten wins in a row now; with Derry top of Division 2.

By Steven Doherty at Owenbeg

A highly impressive second half performance from Derry accounted for Cork at Owenbeg. The Oakleaf side led by two at the break, but opened up after the interval to run away nine point winners.

Shane McGuigan, after a long hurling campaign behind him, looked back to his best and top scored with eight points. Benny Heron hit the game winning goal midway through the second half after the crossbar had denied him late in the first.

Derry ran in 0-5 to 0-3 to the good at half-time, but the real winner in the opening 35 minutes was the miserable Owenbeg weather. A swirling, relentless wind conspired with a heavy, rain-soaked pitch to thwart any real attractive football. It was a day for the artisans, not the artists.

Despite butchering a number of chances, Derry fared best with the left foot of Shane McGuigan, who accounted for four of his side’s first half points, the main difference between two evenly matched sides.

Frees from Stephen Sherlock book-ended Cork’s scoring output, with only a Daniel Dineen free in between. A late Benny Heron shot, which crashed off the crossbar with ‘keeper Chris Kelly beaten, would have put a more glossy shine on the Oakleaf scoreboard but in truth a two point advantage that Derry held was a fair reflection.

Derry found a much quicker gear soon after the restart. The Oakleafers hit seven of the proceeding eight scores, with Benny Heron’s 44th minute goal the match winning score. In between times any number of Derry men chipped in with scores. Shane McGuigan matched his first half tally of four, hitting another four points after in the second half. Emmett Bradley, Niall Loughlin and Oisin McWilliams all raised white flags as the home team stamped their authority on the contest.

Opponents Cork disappointed after the break. Their appetite and intensity failed to reach anywhere near their first half performance, with only the free-taking of Stephen Sherlock offering the small band of travelling fans any joy.

By contrast Derry grew in confidence and stature as the game progressed. Padraig McGrogan continued his fine early season form a popped over a score late in the game to shift Derry 0-12 to 0-6. Shane McGuigan scored his eighth point of the contest to conclude Derry’s card before Kevin O’Donovan hit the last conciliation point of the game for under par Cork.