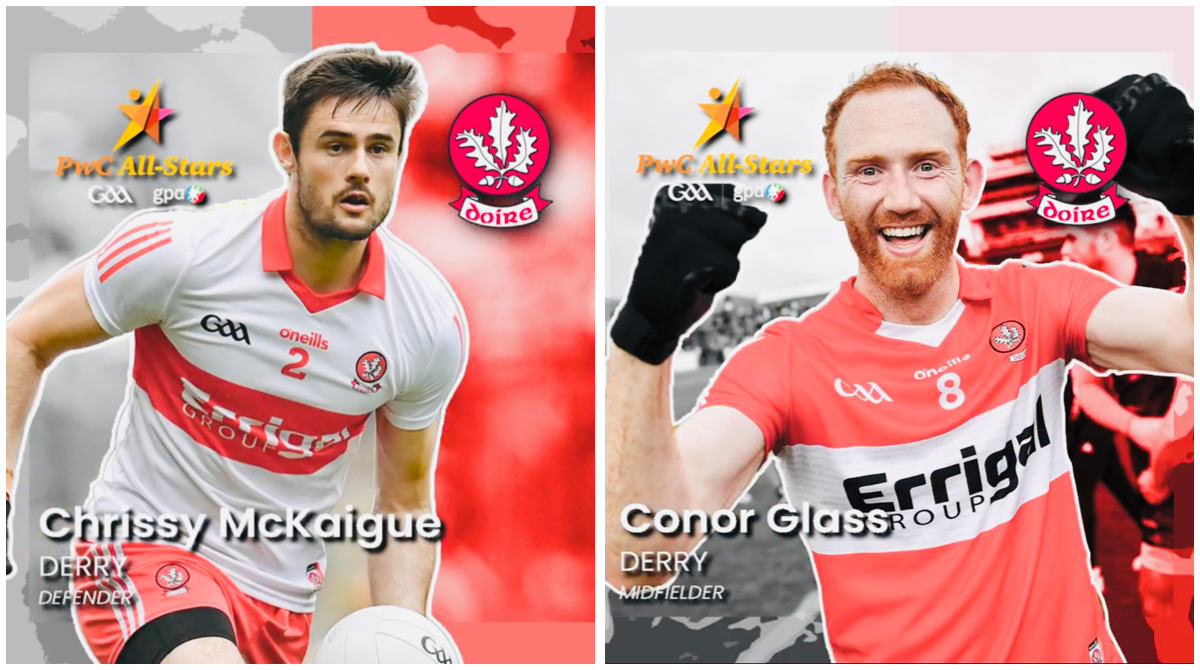 Derry’s Chrissy McKaigue and Conor Glass have been awarded GAA Football All-Stars for 2022.

The prestigious PwC All-Star team for football has been named ahead of Friday night’s All-Star banquet in Dublin’s Convention Centre (Friday October 28th). The event will be shown live on RTÉ TV.

Derry senior football captain Chrissy McKaigue led the Oak Leafers to Ulster Championship glory earlier this summer and the Slaughtneil man has been rewarded with a place as defender in the All-Star side.

Conor Glass had a string of excellent performances throughout a 2022 campaign that brought Derry to the last four in the All-Ireland Championship. The Glen player has been named at midfield in the awards team.

Uachtarán Chumann Lúthchleas Gael Larry McCarthy said: “Congratulations to all of the footballers who have been selected on the PwC All-Stars. The awardees hold a prestigious place in GAA history and in any given year stand out as the foremost performers that we were fortunate to have for our enjoyment on GAA fields.

“The 2022 season was certainly one that will live long in the memory, and I want to acknowledge all of those who played a part in making it so memorable; not alone players, but coaches, match officials and the county committees and volunteers without whom we cannot exist.”

Ethan Doherty has also been nominated for Young Footballer of the Year. That winner will be announced at the All-Star banquet.

Chrissy McKaigue and Conor Glass join an illustrious list of Derry footballers to have won All-Star awards since their inception in 1971: