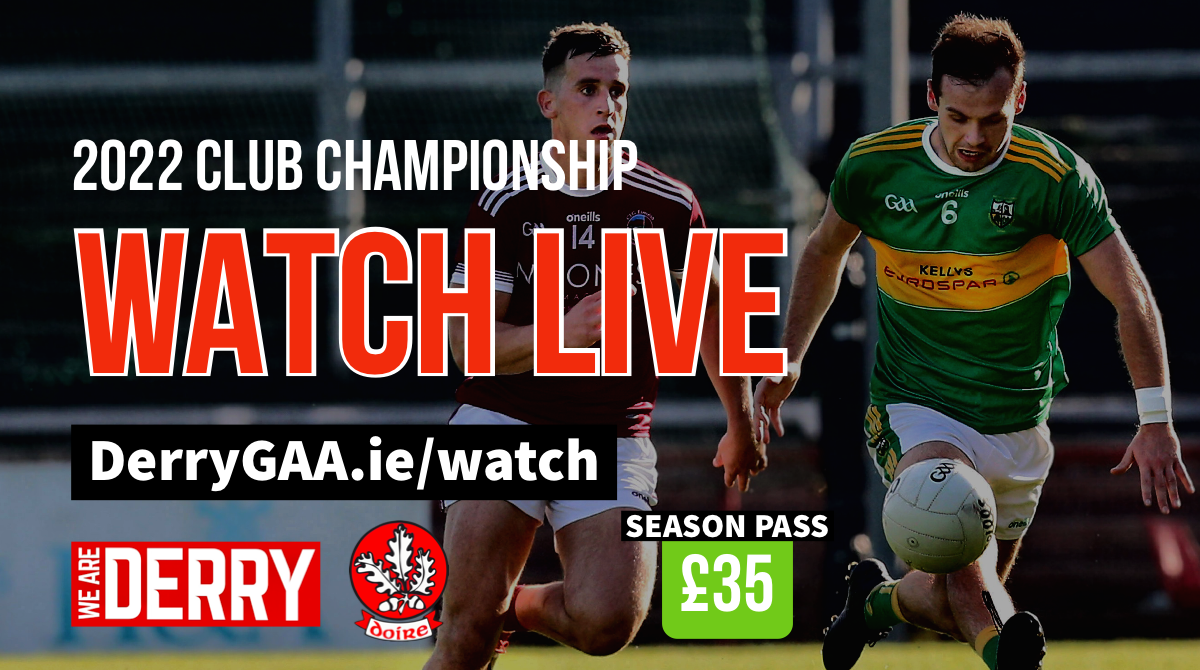 Following the success of the #WeAreDerry streaming platform first launched in 2020, Derry GAA fans will once again be able to enjoy unprecedented coverage of the Club Championships this season!

The dedicated streaming platform will be continued for 2022 on DerryGAA.ie, with Season Passes available to purchase now for £35 (one-off fee).

A minimum of ten games will be streamed live on the #WeAreDerry platform across the 2022 Club Championship season, and just like last year, full deferred coverage of the majority of the remaining matches taking place in the Oak Leaf county will be available to watch on-demand.

Live matches from the Derry Senior Football Championship include: three group games, two last 16 matches, two quarter-finals, both semi-finals and the final. In addition, the final of the county’s Senior Hurling Championship will also be streamed live.

The action commences on Sunday August 14, when Lavey’s clash with Bellaghy in the SFC will be broadcast live from Owenbeg. The other live group games will feature Slaughtneil vs Newbridge, and holders Glen vs Swatragh, who have faced-off in recent seasons.

As an alternative to the full #WeAreDerry Season Pass package, these three group games can be purchased individually for a cost of £5 per game.

We would like to thank you for your continued support. The #WeAreDerry platform is developed and maintained by GAA volunteers with 100% of all profits reinvested in the GAA in our county.