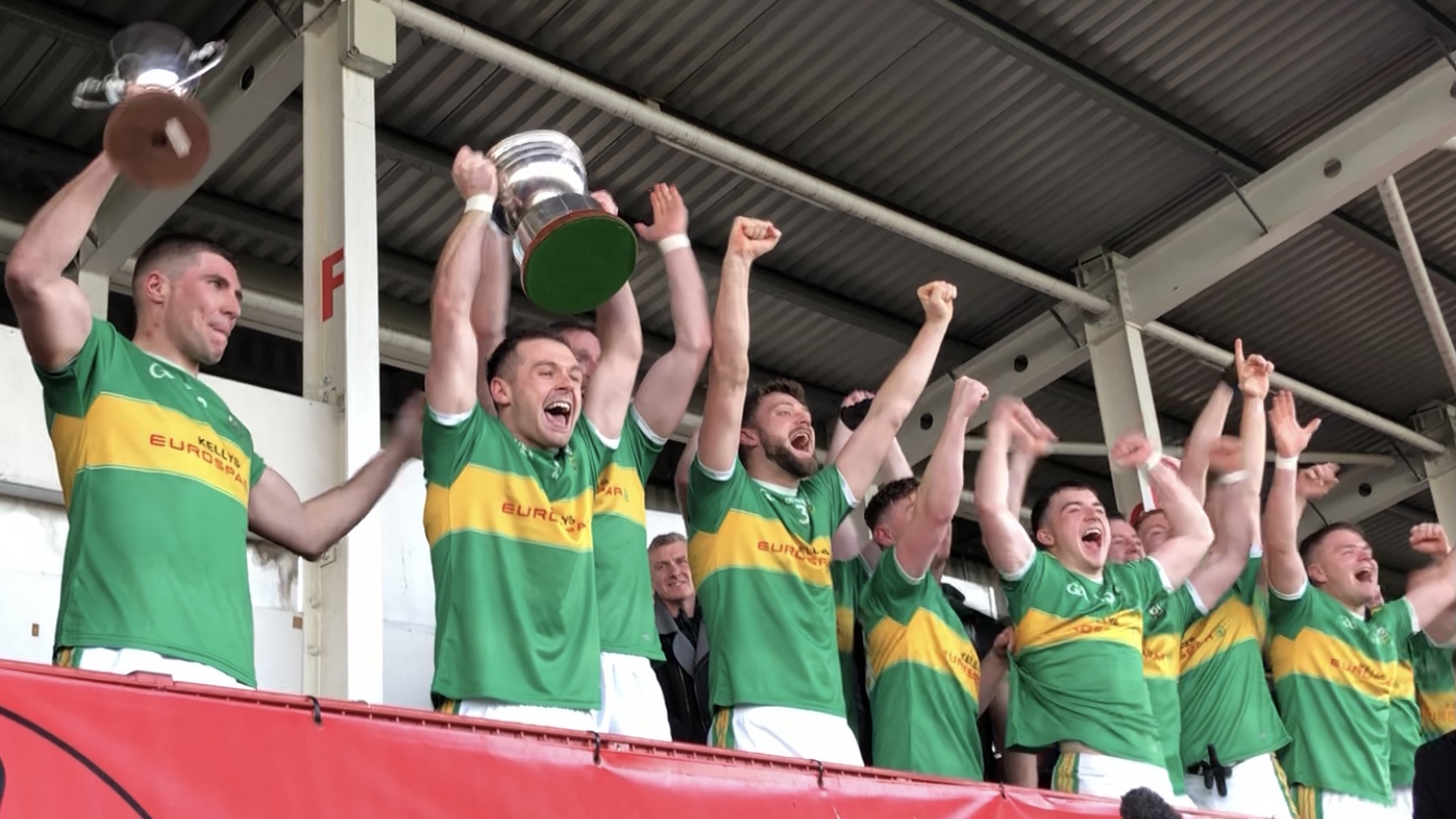 Watty Graham’s Glen made history at Celtic Park on Sunday afternoon as a comprehensive performance resulted in their first Derry SFC title, against defending champions Slaughtneil.

Glen have finally done it. The Watty Graham club from Maghera are the Derry senior club champions for the first time in their agonisingly long history, defeating Slaughtneil by nine points. They were simply unstoppable at Celtic Park.

Ciaran McFaul picked up the man of the match award for the winners, while Danny Tallon’s goal was the centrepiece score in the first half.

Glen’s excellent half forward line of Tiarnan Flanagan, Ethan Doherty and the talismanic McFaul provided the foundation for victory, with Conor Glass the contest’s best midfielder.

Five minutes of shadow boxing, of poking and prodding for potential weak spots, was eventually punctured when Glen’s roving full-back Connor Carville tapped over from close range for the game’s opening score.

The Watty’s quickly found top gear. Two Danny Tallon frees closely followed by a Ciaran McFaul clinker, and another soon after, stretched the favourites’ lead to 0-5 to no score.

With both side’s seemed content to station all fifteen men back in their own half, daring their opponent to find space and openings. But it was only the Maghera men who flourished with the champions, unexpectedly, scoreless by the first water break.

Indeed, the game had entered the 21st minute before Slaughtneil finally opened their account with a Brendan Rogers point. A third McFaul point of the half quickly cancelled that out, however. And just as Slaughtneil were thinking things couldn’t get any worse they did.

With the last play of the opening 30 minutes, Conor Glass delicately flicked a through ball to Danny Tallon who bust the roof of Antoin McMullan’s net to rubber stamp Glen’s superiority.

Chrissy McKaigue kept a tight grip to the dangerous Jack Doherty, but other than their skipper Slaughtneil found themselves in the unlikely position of shadow chasing for the majority of a one-sided first half which saw Glen run in 1-6 to 0-1 ahead.

Shane McGuigan, who could only ghost around the periphery of the game, and Conor Glass swapped points from the dead ball when the contest resumed.

By the time Sean Curran whistled to signal the second water break, the Watty’s were still well in command leading 1-9 to 0-5 with Slaughtneil’s Fionnbharr McGuigan in the sin bin to compound their misery.

Christopher ‘Sammy’ Bradley scored a couple of fine late consolation points, but this, for once, would not be Slaughtneil’s day. This was Glen Maghera’s day. And you get the feeling they’ll have plenty more to come. The John McLaughlin Cup has a new home. Finally.