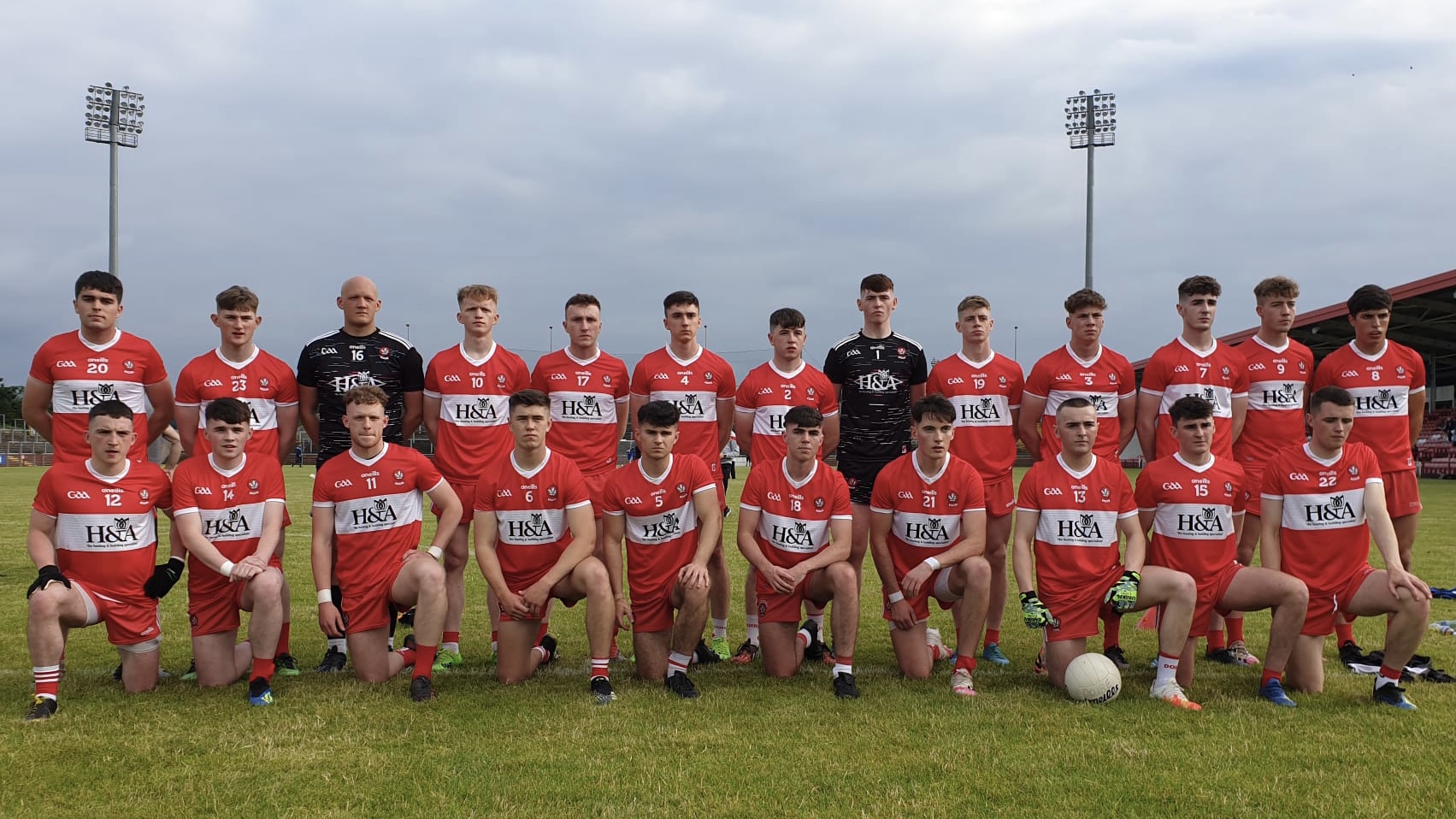 Disappointment for Derry’s Under 20 footballers at Celtic Park on Friday night as a spirited Ulster Championship performance ended in defeat against Monaghan.

This contest at Celtic Park took a while to catch fire, with just three points shared between the sides in the first 12 minutes, before a goal from Jason Irwin gave Monaghan a boost but simultaneously sparked the hosts into life. James McGurk, Enda Downey, Seán Kearney and Cahir McMonagle pushed Derry in front.

Another Monaghan goal shortly before half time shifted momentum back towards the Farney County however, with Jason Irwin getting credit for the score although the ball took a decisive touch off a defender.

Scores were hard found in the second half, but there was plenty of goalmouth action with goalkeepers Jack Scullion (Derry) and Ryan Farrelly (Monaghan both heavily involved. A brace of scores from Darragh Dempsey pushed Monaghan four clear by the second half water break, 2-8 to 0-10, and while the action was frantic for the final quarter, the teams just raised one white flag each in that period.