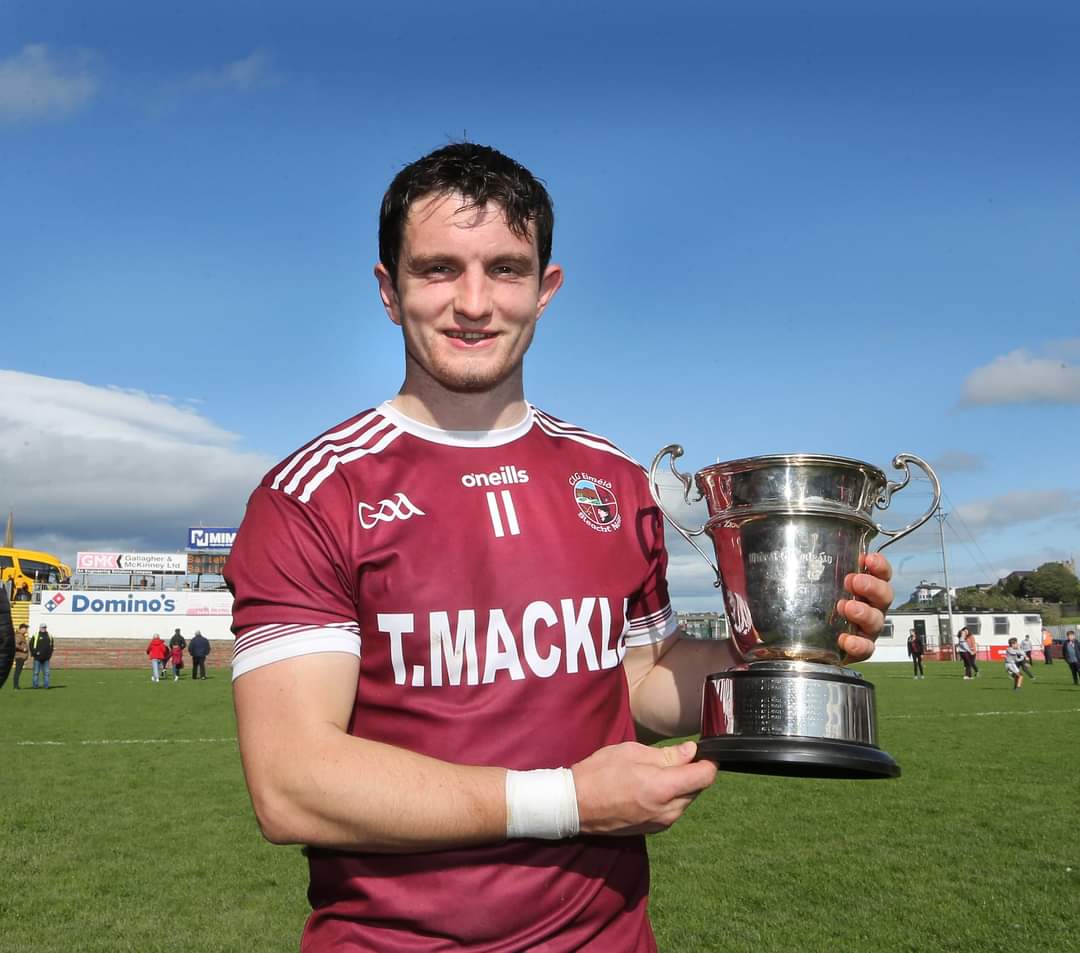 Captain Cormac O’Doherty notched 0-12 for the Ulster champions as they overcame a slow start against a stiff breeze to muscle their way past the Kevin Lynch’s challenge.

The sides were level at half-time, 0-7 apiece, but with the wind advantage in the second period, Robert Emmett’s never looked like losing their crown.

On Saturday at Celtic Park, Swatragh won the Intermediate Final with a five-point victory over Ballinascreen (2-13 to 2-8), while Lavey had a three-point win over Banagher to claim Junior honours (2-13 to 0-16).