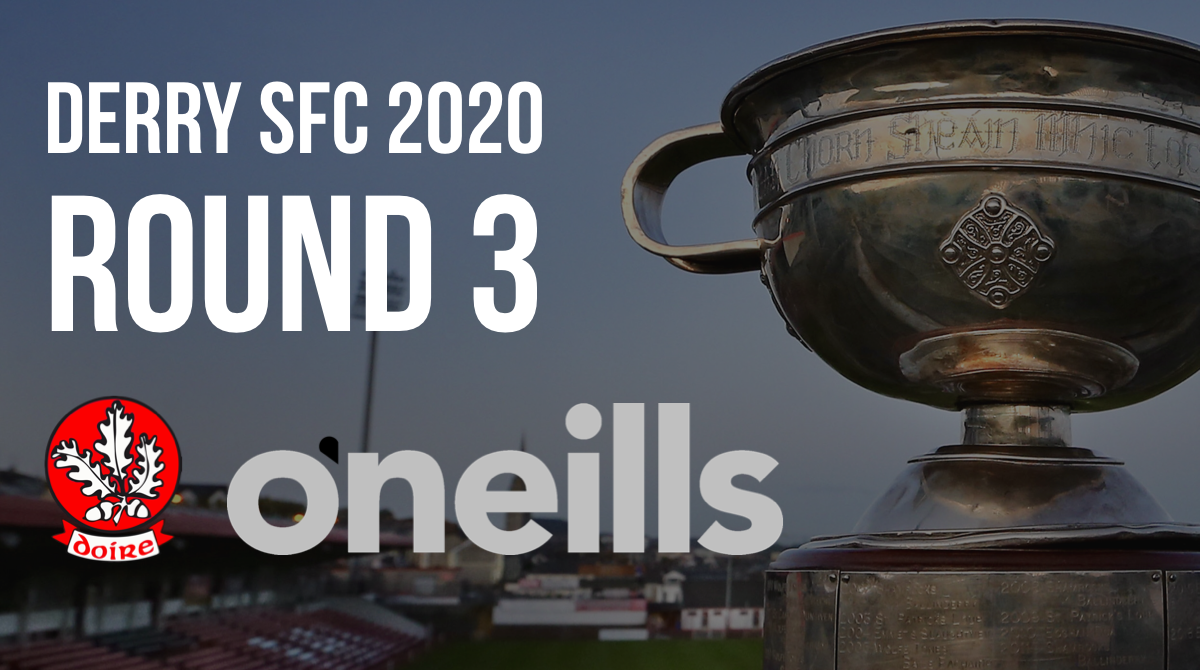 Slaughtneil, Glen, Swatragh and Loup finished top of their respective groups following the final round of group games in the 2020 O’Neill’s Derry SFC Championship.

An impressive second-half from Slaughtneil on Sunday saw them record a comfortable 3-16 to 2-5 win over Lavey, despite trailing at half-time. They finish Group B with three wins from three and the best scoring record in the SFC with 67 points scored.

Lavey will have to be content with third place as Eoghan Rua’s victory in Kilrea (2-6 to 1-10) ensured the Coleraine-men the runners-up spot.

Last year’s finalists Glen will join their neighbours as top seeds for Monday night’s draw. They disposed of Ballinderry at Shamrock Park on Saturday, 0-9 to 0-14.

Meanwhile, champions Magherafelt secured second place with a steady victory away to Banagher (0-10 to 2-10).

Swatragh also join the first-place party, following a strong showing against Ballinascreen in front of the “WeAreDerry” cameras at Rossa Park. James Kearney’s left boot was star of the show, notching 0-6 as his side ended up with a 0-15 to 0-7 victory.

Despite that loss, ‘Screen still finish second, with Claudy wrapping up third place following a lively draw with Dungiven at Foreglen on Saturday (1-12 to 0-15).

Loup’s victory away to Foreglen on Sunday (3-5 to 2-12) coupled with a Newbridge win at home to Bellaghy (2-7 to 0-8) means that Paddy Bradley’s side complete the top seed picture. Killian Conlon’s Newbridge finish second above the Wolfe Tones.

Stay tuned to Derry GAA digital channels for details of that draw (IFC and reserve draws will also be made). Last 16 ties to be played on the weekend of 5th/6th September.