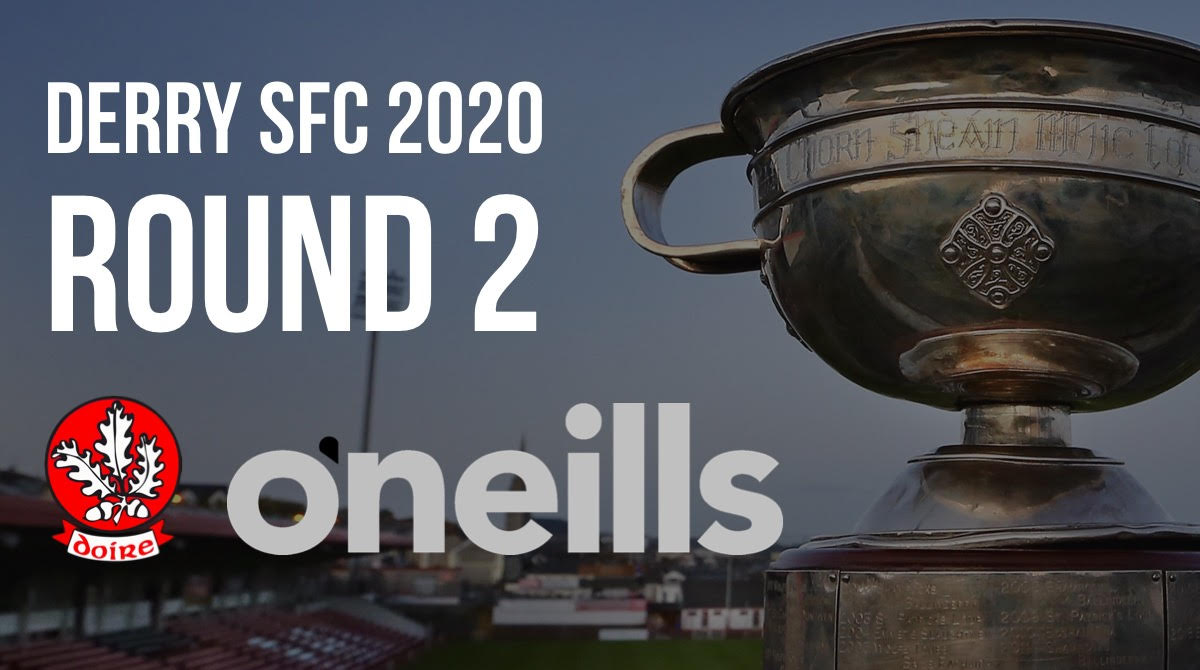 Slaughtneil continued their impressive start to the delayed 2020 season with another comprehensive victory on Saturday afternoon, against Coleraine at Greenlough.

Goals from Shane McGuigan and Sé McGuigan helping Robert Emmetts to a 2-12 to 1-5 win.

Ballinascreen sit just below Slaughtneil in the scoring charts after the opening two games (with 41 total points scored). Two goals from Benny Heron and a strong finish to the game handed them a 4-15 to 2-12 victory over Dungiven on Sunday afternoon.

‘Screen will finish top of Group D if they defeat Swatragh in Round 3 in a fortnight’s time. Swatragh escaped from their game away to Claudy with a draw (1-11), thanks to a late equaliser from Jude McAtamney. Aaron Kerrigan (0-7) impressed for the home side.

Glen’s contest with Magherafelt on Saturday evening at a sun-drenched Bellaghy was a repeat of the 2019 SFC Final. In front of the live #WeAreDerry cameras, Watty Grahams avenged their loss in last season’s decider, edging the contest on a scoreline of 0-11 to 1-5, despite plenty of late pressure from Magherafelt.

Lavey’s prowess in front of goal proved the difference in a Group B contest at Swatragh, where they eventually shrugged off a stubborn Kilrea challenge (3-9 to 0-14).

At the Loup on Sunday afternoon, the home side held on to record a slender 2-8 to 1-10 win over 14-man Newbridge.

Loup join Bellaghy at the top of Group A after the Wolfe Tones enjoyed a nine-point win at home to Foreglen (2-16 to 0-13).

And in the weekend’s final game, Ballinderry Shamrocks got their SFC campaign up and running with a comfortable 4-10 to 1-9 win against Banagher at Glen.