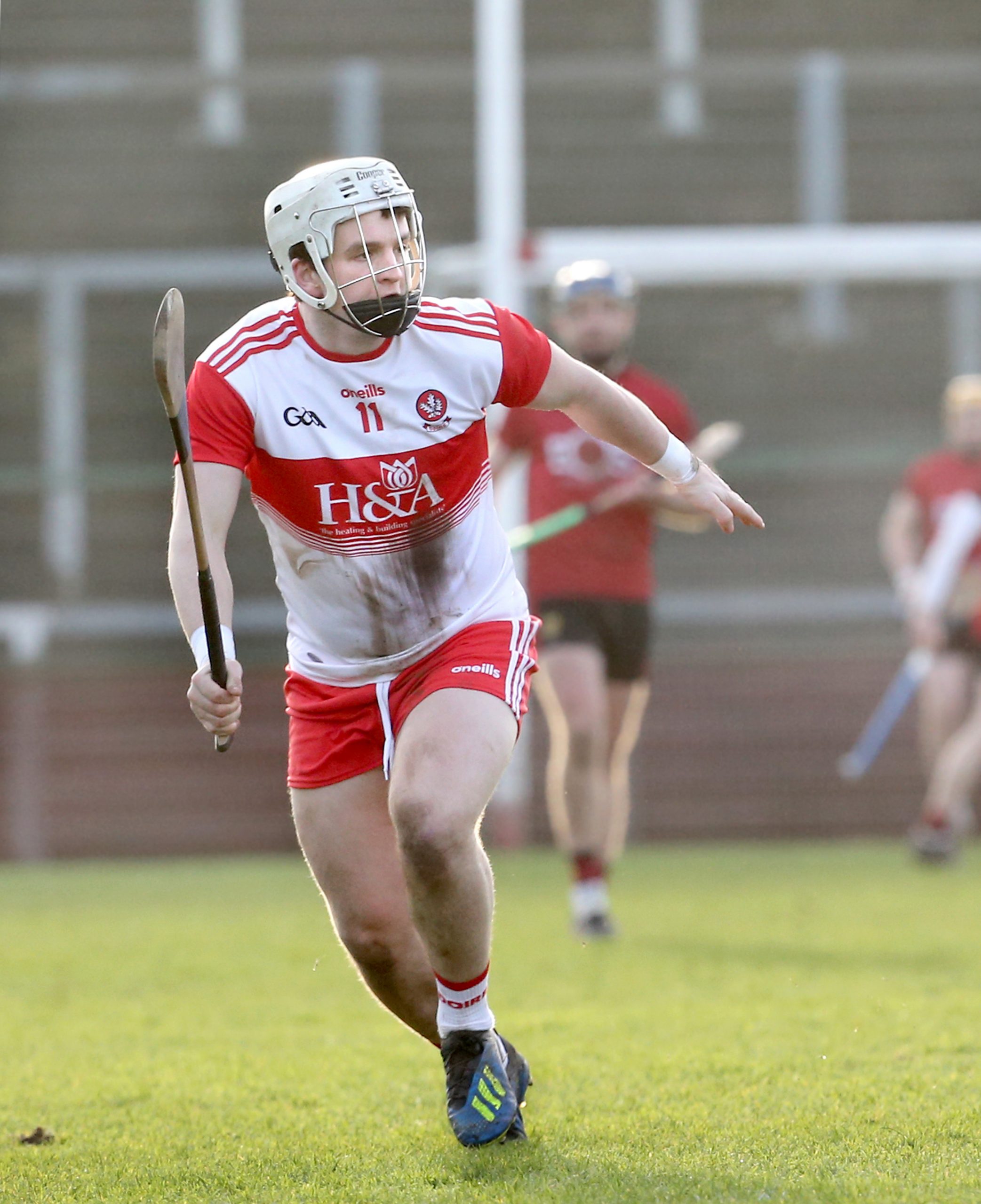 Derry remain top of the table, unbeaten in four games, but their relatively poor scoring difference means they still need to take at least a point from their clash with Kildare.

They had Cormac O’Doherty to thank for their six-point win over Roscommon in dismal conditions at the Connacht Centre of Excellence in Bekan.

O’Doherty shot 0-12, including nine frees and one sideline cut, with the best of his hurling done in the second half when Derry built on their 0-8 to 0-4 interval lead to move nine points clear, before late points from Peter Kellehan, Cillian Egan and top scorer Cathal Dolan brought Roscommon’s tally to double figures.