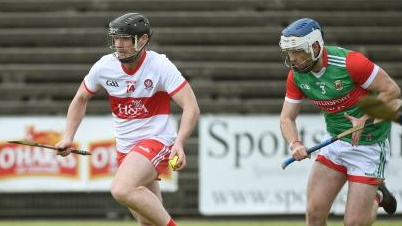 Two points was the final margin at MacHale Park with Brian Hunt and Shane Boland the scorers of critical points for Mayo at the end of their 0-21 to 1-16 win over Derry.

Mayo played with a strong breeze in the first half and the tie was finely poised at 0-10 to 0-5, with those in attendance unsure as to whether five points was a sufficiently big lead to hold on.

A goal from Niall Ferris and good scores from Brian Cassidy and Cormac O’Doherty set up a tense finale but Mayo were able to hold on and get the scores they needed to prevail.

Derry’s next fixture is another away trip, this time to Kildare in a fortnight’s time (May 23rd).