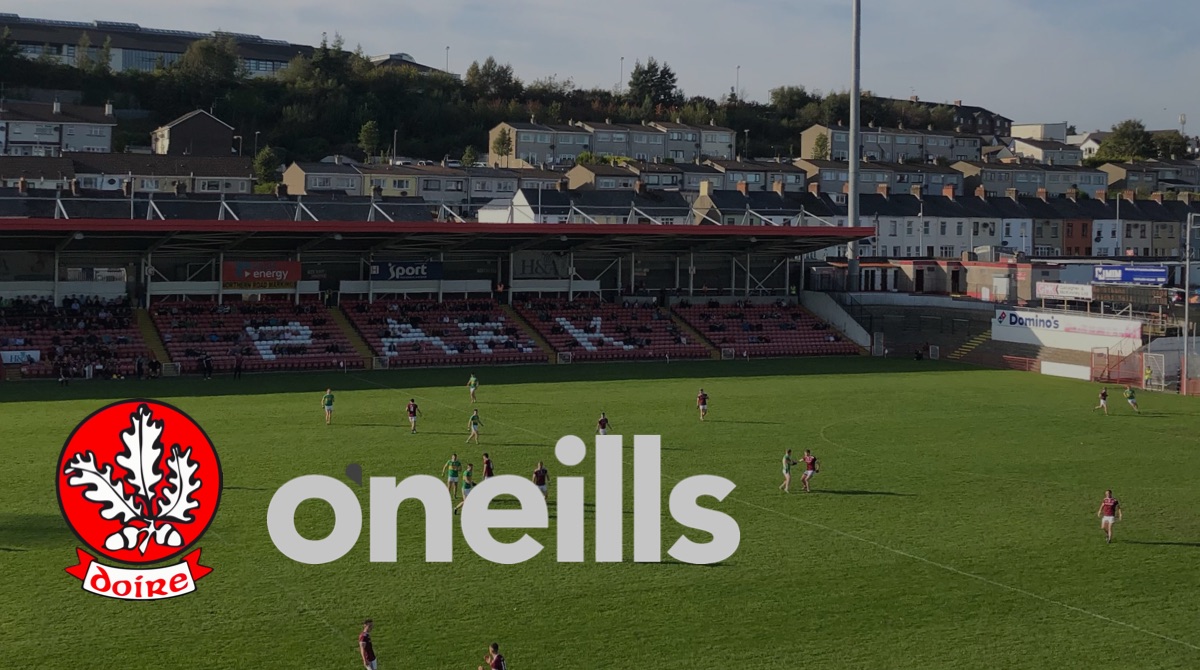 The semi-finals of both the O’Neill’s Derry SFC and McFeely Group IFC are set following an entertaining weekend of quarter-finals.

The final game of the weekend, saw neighbours Slaughtneil and Glen lock horns at a sun-drenched Celtic Park. In a high-quality contest Shane McGuigan’s haul of 0-8 proved decisive as his side edged a three-point victory (0-15 to 0-12) to gain revenge for thier semi-final loss to Watty Graham’s in 2019. The game drew records numbers to the live broadcast on our #WeAreDerry platform – see highlights below:

Slaughtneil will face Ballinderry Shamrocks in the semi-final after the Loughshore-men also had three points to spare over Ballinascreen on Saturday evening (2-11 to 2-8), also at Celtic Park. In a rip-roaring second -half, Sean Graham’s late goal was crucial, as Screen’s late response fell short.

Earlier on Saturday, Magherafelt did enough to continue their quest for successive championship titles. Adrian Cush’s side emerged victorious against Swatragh on a scoreline of 1-11 to 0-10 at Bellaghy.

The holders will face Loup in the semi-final. Paddy Bradley’s team had enough to spare against Eoghan Rua on Sunday afternoon at Ballinascreen, finishing five point winners to ease into the last four (0-16 to 1-8).

Here is the draw for the semi-finals

Meanwhile in the IFC…

The four teams that received byes into the quarter-finals all won at the weekend to set up two appetising semi-finals.

Castledawson had eight points to spare against Glack (3-12 to 2-7) on Sunday afternoon and will now face South Derry rivals Greenlough, who beat Lissan on Saturday at Loup (0-14 to 1-2).

The other semi-final is a local derby between Steelstown and Faughanvale. Vale were comfortable winners over Limavady on Sunday (3-18 to 1-4) while Brian Ógs also hit a high score while dispensing of the Drumsurn challenge (3-14 to 0-11).