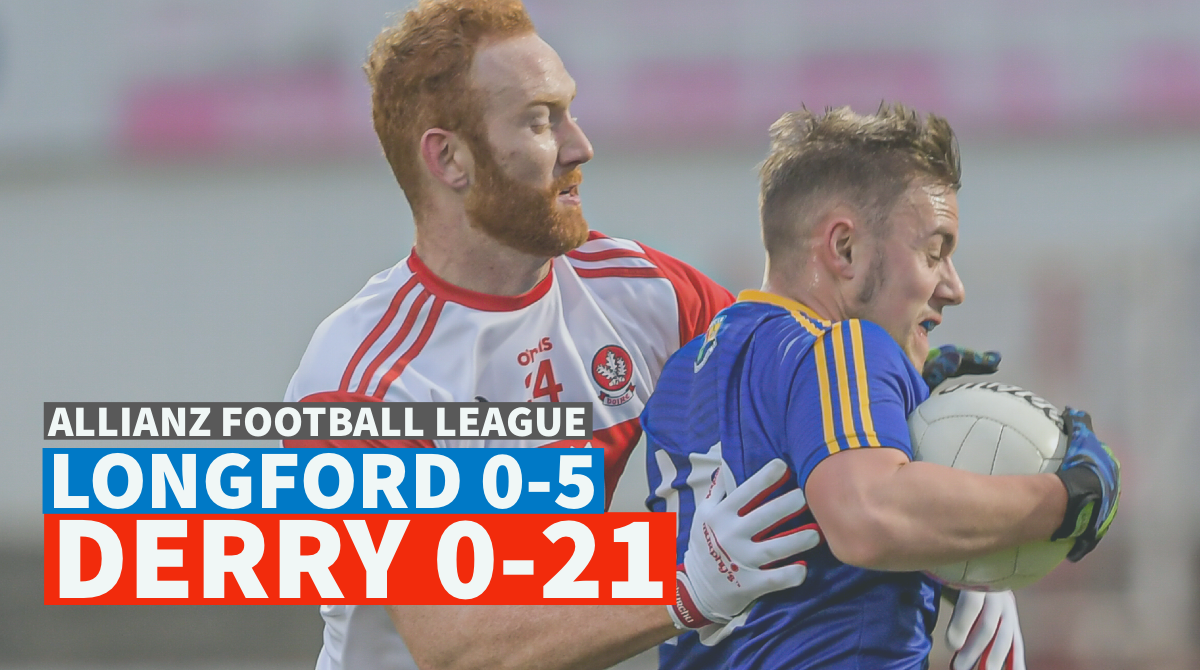 Derry’s Football League campaign got of to an impressive start at a rain-soaked Pearse Park, with a sixteen-point victory over Longford.

Three points each from Shane McGuigan and Niall Loughlin alongside a brace from midfielder Conor Glass made it 0-8 to 0-2 at half time.

Utterly dominant in the midfield exchanges, the Oak Leafers notched another nine points without reply by the second-half water break, capitalising fully on a black card to Longford midfielder David McGivney.

Emmett Bradley chipped in with three scores after the break, to go alongside an impressive left-footed strike from Ciaran McFaul and a score from Paudie Cassidy.

With the game out of sight, McGuigan and Loughlin kept the scoreboard ticking over with points from place balls and the Slaughtneil forward was unlucky to see a close-range effort barely clear the crossbar.

Rory Gallagher made a number of late substitutes to see out the game, including the introduction of Ben McCarron, who rounded off the scoring deep into second-half injury time.