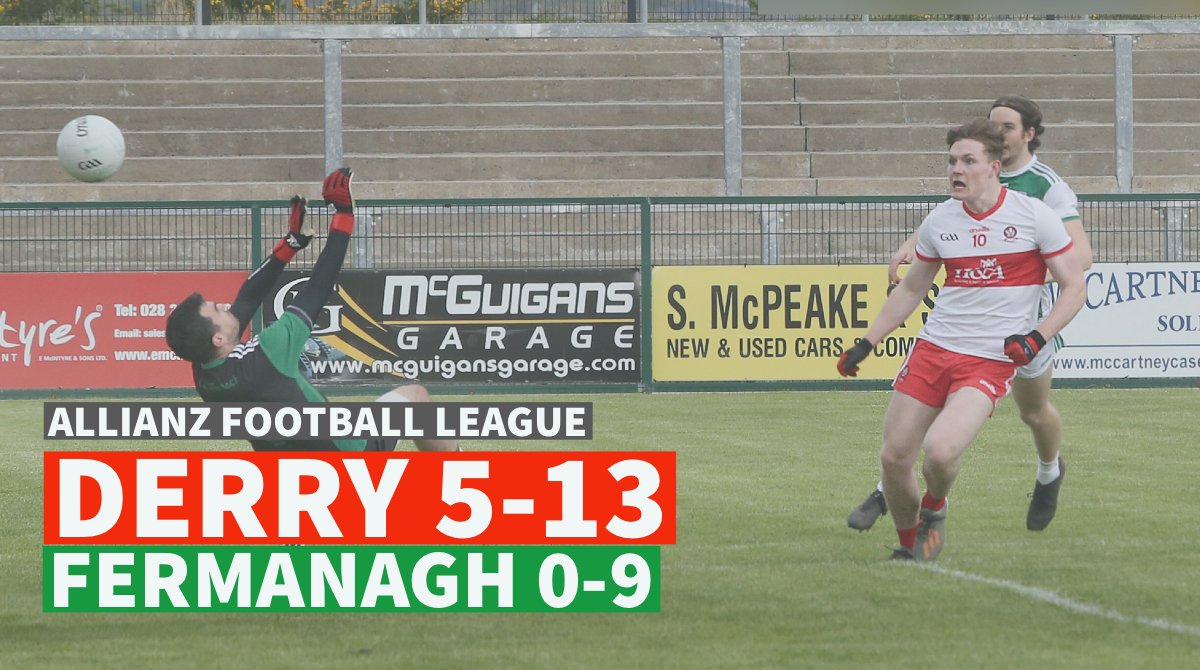 Derry’s impressive opening to the 2021 Allianz Football League continued at Owenbeg on Saturday as Rory Gallagher’s side recorded a convincing 19-point victory over Fermanagh.

The Ernecounty came into this game in high spirits after their local derby win over Cavan a week ago, and points from Ciarán Corrigan and Tiernan Bogue in the opening two minutes suggested they were ready to pick up where they left off at Brewster Park.

Derry’s first goal of the game, fired to the net by Conor Doherty, changed the direction of the game however and Derry were the better side from then on, taking a 1-7 to 0-6 lead into half time.

If the first half was Derry landing a few key tactical strikes, the third quarter was scorched earth. Ciarán McFaul shot a long range point, Gareth McKinless goaled, McFaul was dragged down for a penalty that Shane McGuigan converted, and then McGuigan added another goal from play to compound the damage.

Download teamsheets for the game at the following (PDF):