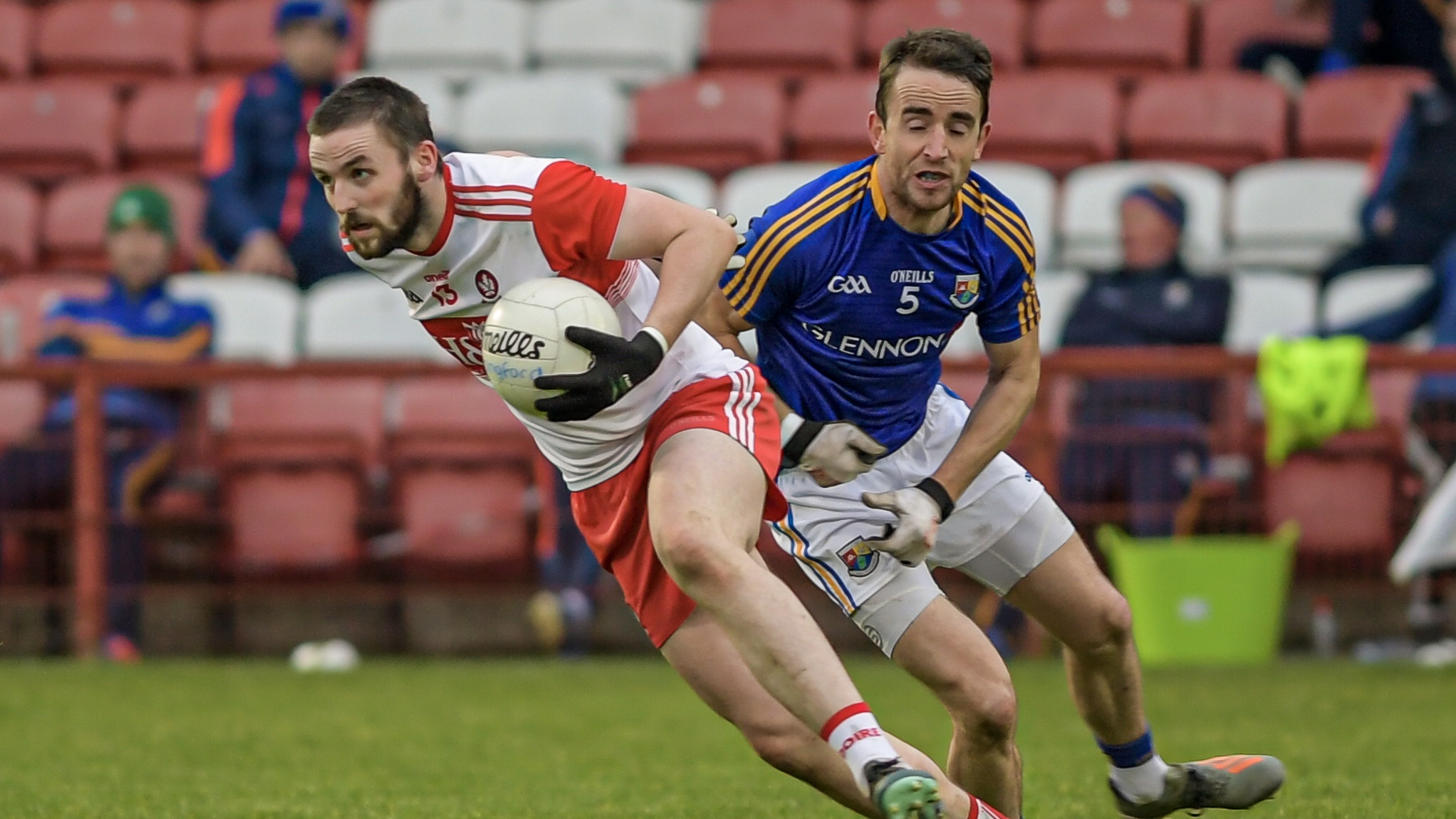 Derry resumed their 2020 Allianz Football League campaign in impressive fashion with a 2-14 to 0-12 victory over Longford at Celtic Park on Saturday evening.

Patrick Kearney’s goal just before half time put the Oak Leaf County in charge, while substitute Paul Cassidy fired a second goal in the final quarter, which gave Derry the precious two points on offer.

It was a game in which Derry had twelve separate scorers, including two points from play by midfielder Ciaran McFaul. His Glen club mate Conor Glass made his senior debut in an Oak Leaf jersey, coming on as substitute midway through the second half.

The win keeps Derry’s faint promotion hopes alive but Down are now in pole position to step up to Division Two next season. The Mournemen need a draw next week against already-relegated Louth to make sure.

Derry manager Rory Gallagher spoke to us after the game:

Conor Glass on his senior debut in an Oak Leaf jersey:

Patrick Kearney’s goal late in the first half: