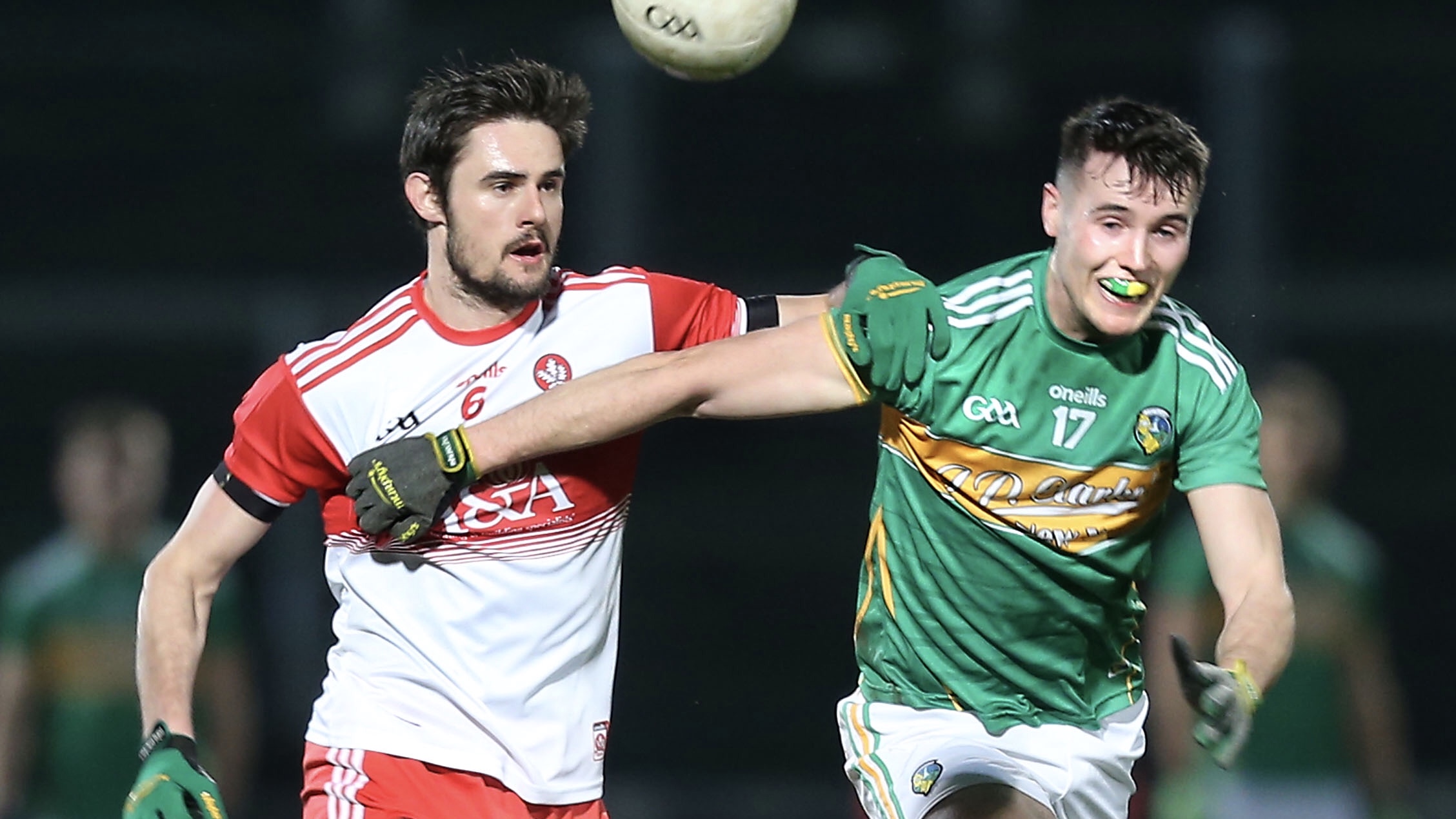 Ciaran McFaul was the hero for Derry who fought back to secure a 2-11 to 1-14 draw at the death against Leitrim in the Division 3 opener at Celtic Park.

These sides were promoted last season, with the Ulster outfit winning both games, including the Division 4 decider at Croke Park.

Leitrim had also suffered a 30-point hammering at the hands of Roscommon recently, but when Keith Beirne landed a 66th minute free they were in position for a shock win. Ben McCarron and McFaul combined to score two late points and earn a share of the spoils.

Derry were 1-8 to 1-7 ahead at half-time after Emmett Bradley cancelled out Cillian McGloin’s goal. Shane McGuigan fired a second Derry effort in the 46th minute but Beirne pushed Leitrim back in front only to be thwarted.