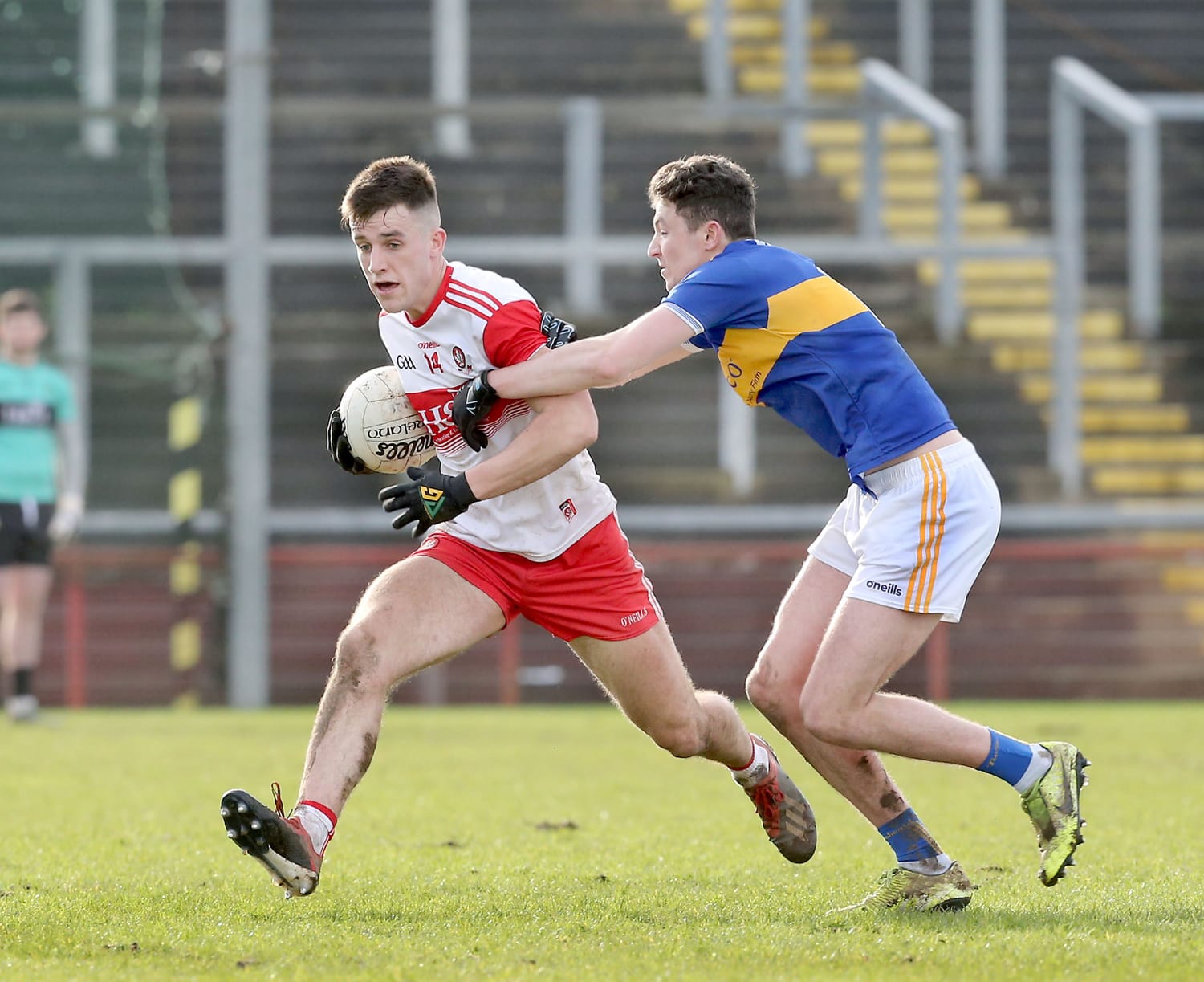 Tipperary had to play with 12 men at one stage against Derry and limped their way to a 0-10 to 0-6 defeat at Celtic Park.

It was Derry’s first win of League this year, after they took a 0-4 to 0-3 lead into half-time in a slugfest.

Tipperary had a dreadful second half with Steven O’Brien and Daire Brennan both red carded, while John Meagher and Alan Campbell were shown black.

Derry went through the gears and worked their way to a five-point win with the prolific Shane McGuigan accounting for 0-7.