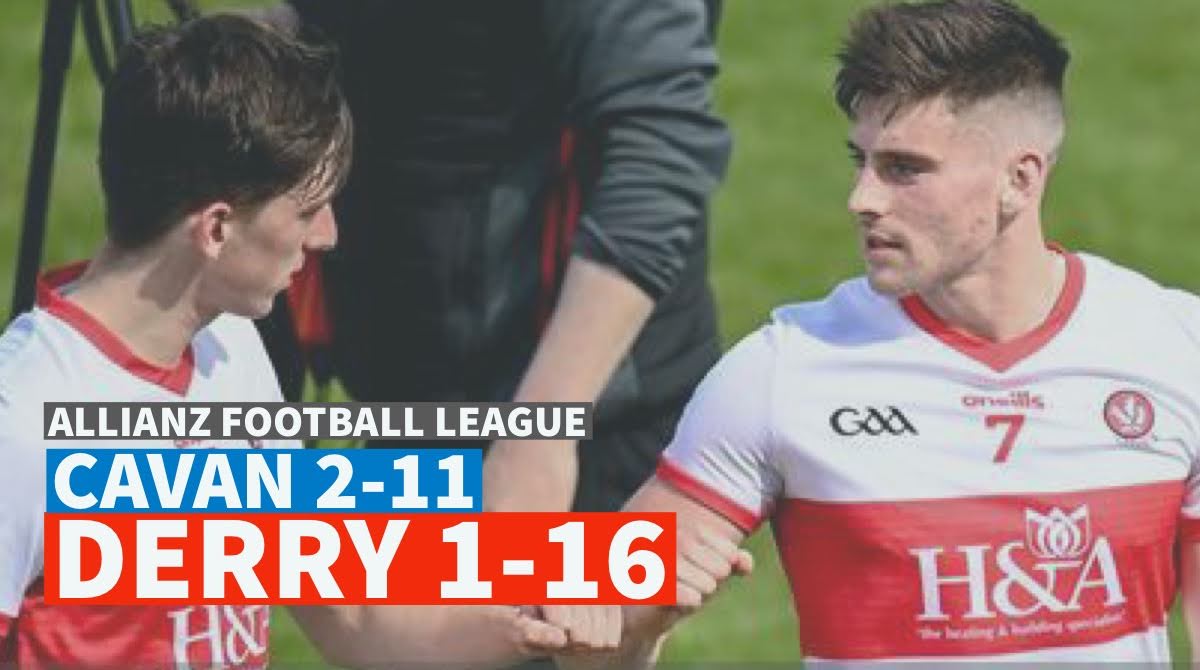 Derry will play Limerick in the Division Three semi-finals, after the Oak Leafers confirmed top spot in D3 North with an exciting win over Cavan on Saturday.

Derry travelled to Kingspan Breffni on the back of two landslide victories but they were pushed to the pin of their collar by the Ulster champions, who conceded the first five scores of the game but rallied very well to trail by just a point, 1-7 to 1-6 at the interval.

Cavan took the lead when Gearóid McKiernan punched in the game’s only goal, but Derry responded immediately through Niall Loughlin, who seemed to pose no threat when he took possession out on the left-hand sideline. A subtle dip of the shoulder and a burst of pace later, he was in on goal and duly hammered in a superb shot to the roof of the Cavan net.

In a game that ebbed and flowed with both sides enjoying strong spells, Derry took over in the third quarter, Shane McGuigan and Emmet Bradley pushing them seven points clear, but three frees and a Martin Reilly goal for Cavan cut the gap to a point. That was to be as good as it got for the home side, as Shane McGuigan’s eighth point settled the contest.

That was Derry’s third victory in three games, with the winners of the semi-final against Limerick deciding who will gain promotion to Division Two.