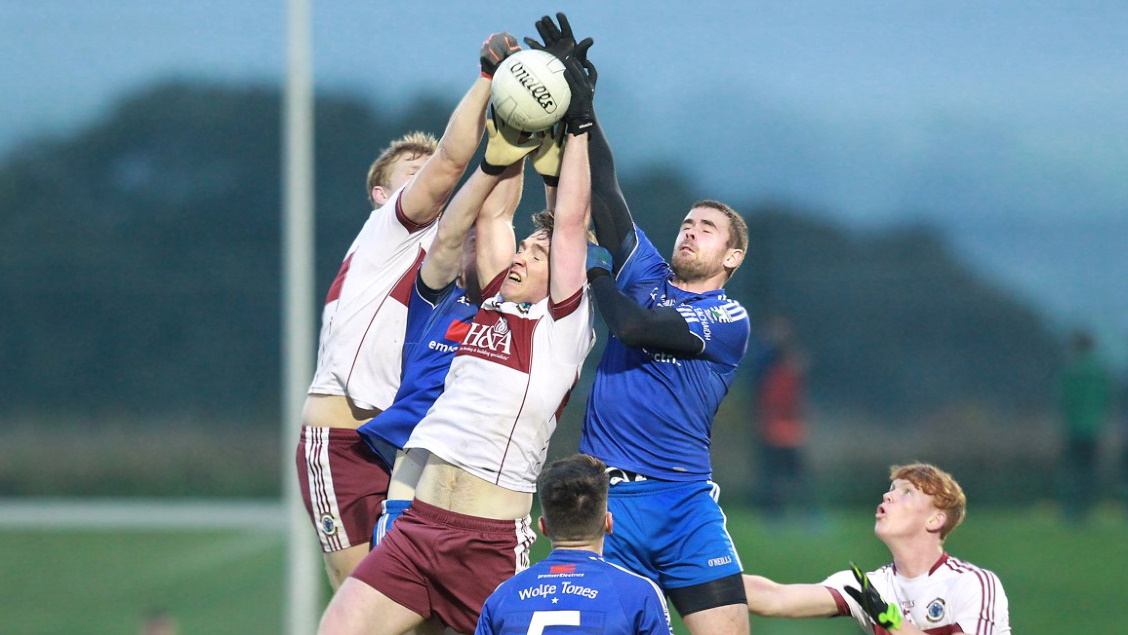 The draws for the knockout stages of the 2020 Derry Club Football Championships took place on Monday night.

With the groups stages of the O’Neill’s SFC now complete, the competition moves into the Last 16 where teams that finished first in their group play those that finished fourth. Slaughtneil will face Foreglen for a place in the quarter-final while Glen will play Kilrea. Loup finished top of Group C and will now play Dungiven and Swatragh will lock horns with Banagher.

Current Derry SFC champions Magherafelt will face Lavey, while Newbridge’s reward for securing the runners-up spot in Group C is a fixture against Ballinderry. Eoghan Rua will take on Claudy and Ballinascreen will face Bellaghy.

Meanwhile The McFeely Group IFC progresses to the Last 12. The top four teams during the group stages – Steelstown, Faughanvale, Greenlough, Castledawson – get an automatic bye to the quarter-finals, with the remaining teams playing off for a place in the last eight:

The draws for the Senior and Intermediate Reserve Championships were also made on Monday night: